Washington and Lee University is proud to announce this year’s Distinguished Alumni Award winners. The recipients will each receive their awards at the Generals Assembly during Alumni Weekend, May 11 – 14, 2017. There is still plenty of time to register for the weekend if you haven’t already. 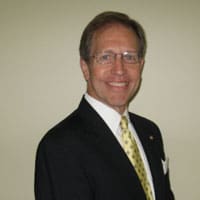 A history major, Bob was a member of Phi Kappa Sigma and was business manager for the Ring-tum Phi. After serving three years as a Supply Corps Officer in the Navy, Bob worked 13 years in fundraising at St. Christopher’s School in Richmond and Nichols School in Buffalo, NY. In 1983, he changed careers and became an investment advisor, working 19 years for Alex Brown & Sons, eight years for SunTrust and now with BB&T Scott & Stringfellow since April 2010.

Bob is a devoted alumnus, serving as a singularly successful class agent since 2005. Under his leadership, the Class of 1967 set a record by winning the Richmond Trophy, given for the highest participation rate, ten years in a row and reaching over 82% participation! Bob served on his 25th Reunion Committee and co-chaired the 40th, 45th and 50th Committees. Bob has been a member of the Kiwanis Club of Richmond since 1983, serving as president of the club 2011-2012. He is also active at First Presbyterian Church and has served as a deacon, an elder and a member of the Care & Concern team. 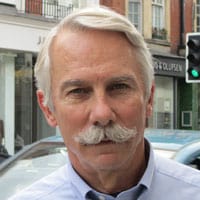 A math major, member of Pi Kappa Alpha and ODK, Bill Wildrick retired in September, 2005 as the “oldest Navy SEAL in uniform” after a career that included a tour in Vietnam, 24 years in the reserves, and a return to active duty for nine years to serve as deputy commander for the total SEAL force and to help reorganize the reserves. In 2005, he transitioned to the civilian world as a support contractor specializing in maritime special operations, command and control processes, training, and education. He served as an adjunct faculty member of Joint Special Operations University and lectured on naval special warfare and maritime operations to joint special operations educational programs for the Services’ staff colleges, war colleges, and fellowship programs.

Married for 44 years, Bill and his wife, Ginger, have three children: two sons, Tad and Austin, and a daughter, Ashley, and four grandchildren, three boys and a girl. Since retiring in 2012, he has spent most of his time chasing the grandchildren, working out, doing volunteer work with his Rotary club, and traveling. 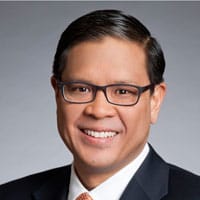 Wali is a founding partner of Incline Equity Partners and is responsible for all aspects of investment management including sourcing and executing new investments, and managing existing portfolio company performance.

Wali and his wife, Wendy Neel Bacdayan ’94, have three sons, Ben, William and Charlie, and live in Pittsburgh. Wali has been very active with W&L, co-charing his 20th and 25th reunion committees, volunteering as a class agent, serving as Pittsburgh Chapter President, conducting alumni admission interviews, and judging the Williams School Business Plan Competition on campus. 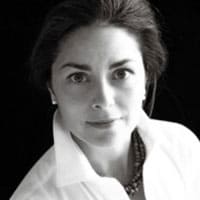 Since graduation, Devon has remained involved with W&L. Between 1999-2003, Devon served on the Alumni Board. Devon has been active in her alumni chapter, as an evangelist to potential candidates and a mentor to graduating students. She has been a member of her 15th, 20th, and 25th reunion committees.

Soon after graduation, Devon joined Conde Nast in New York. Since that time, she has held increasingly responsible roles at the company in New York, San Francisco and Los Angeles. She will celebrate her 25th Anniversary with Conde Nast in June. Devon is currently vice president of the West Coast, supporting all brands and business assets for the company.

Devon lives in Mill Valley, California with her husband, Troy, and their two children; daughter Quinn (14) and son Tyler (12).