Washington and Lee School of Law has announced the appointment of four law school faculty to chaired professorships. The appointments take effect July 1. 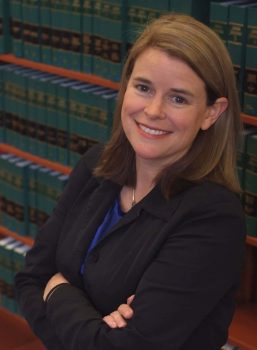 Johanna E. Bond has been named the Sydney and Frances Lewis Professor of Law. An expert on international women’s rights, Bond came to W&L Law in 2008, having taught previously at the University of Wyoming College of Law and Georgetown Law Center. Her 2001 Fulbright led to the publication of her book “Voices of African Women” in 2005. She was selected for a second Fulbright in 2015, which she spent researching access to legal aid in Tanzania. She currently serves as Associate Dean for Academic Affairs at the law school.

Bond’s recent publications include “Gender and Non-Normative Sex in Sub-Saharan Africa” in the Michigan Journal of Gender and Law and “Zika, Feminism, and the Failures of Health Policy” forthcoming with the Washington and Lee University Law Review’s on-line journal. In the last year, Johanna has contributed book chapters to two edited volumes: Gender and Post-Colonial Constitutions in Sub-Saharan Africa, in Constitutions and Gender (Helen Irving, ed.) (forthcoming 2017); and The Challenges of Parity: Increasing Women’s Participation in Informal Justice Systems within Sub-Saharan Africa, in Gender Parity and Multicultural Feminism: Towards a New Synthesis (Ruth Rubio Marin and Will Kymlicka, eds.) (currently under review by Oxford University Press). 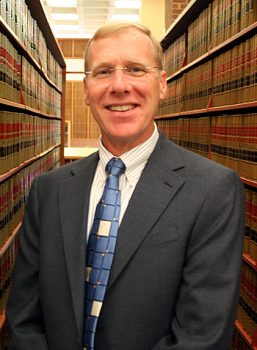 Robert T. Danforth has been named the John Lucian Smith, Jr. Memorial Term Professor of Law. Danforth joined the faculty in 1997 after practicing law in the trusts and estate arena with a number of highly respected firms in DC and Virginia. He has co-authored a casebook entitled Estate and Gift Taxation, the second edition of which was published by LexisNexis in 2013. He also serves as a co-author of a casebook entitled Federal Income Taxation of Estates and Trusts, a law school casebook the third edition of which was published in 2008.

Danforth has a consistent record of selfless service to W&L Law and the broader University. Most notably, he served as Associate Dean for Academic Affairs during the period in which the Law School considered, adopted, and implemented an ambitious change to the curriculum to emphasize experiential education. 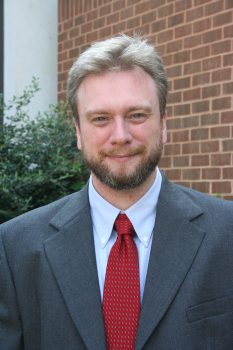 During his time at W&L, Fairfield has earned many notable awards. In 2012-2013, he was awarded a Fulbright to conduct research related to trans-Atlantic privacy law at the Max Planck Institute in Germany. In 2013, he was elected into the American Law Institute (ALI) and he received the W&L Law Lewis Prize for Excellence in Legal Scholarship. In 2014-2015, he was recognized as the Ethan Allen Faculty Fellow for Scholarship. In 2012, Fairfield earned the Jessine Monaghan Faculty Fellowship for Teaching, and in 2010, he was recognized as the Huss Faculty Fellow for Law and Technology. In addition to numerous important publications over the years, Fairfield has also been working on a book soon to be published with Cambridge University Press. The book, Owned: Property, Privacy and the New Digital Serfdom, has garnered considerable advance praise from privacy law experts around the country. 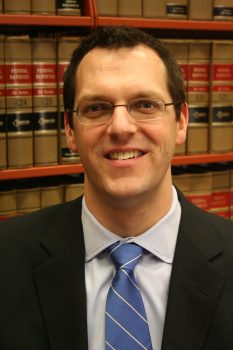 Russell A. Miller has been named the J.B. Stombock Professor of Law. Miller joined W&L from the University of Idaho School of Law in 2008. He is a leading contributor in his fields of research, including the foreign study of German law and legal culture as well as the study of comparative law methods and theory. Miller’s scholarly profile has been recognized by policy-makers and practitioners. He has been called upon to offer expert testimony and to serve as a consultant, including testimony before the German parliamentary committee investigating the NSA-Scandal and the Council of Europe Committee debating reform of the European Convention on Human Rights. He has established himself as an internationally recognized authority in comparative constitutional law, as well as in German law in particular.

Miller is a highly productive scholar, and most recently served as editor and principal contributing author of the Cambridge University Press book entitled Privacy and Power: A Transatlantic Dialogue in the Shadow of the NSA-Affair, a manuscript that undertakes an interdisciplinary examination of the dramatic differences over issues of privacy and intelligence-gathering between the U.S. and Europe. Miller expects to publish another book with Cambridge University Press later this year, a new English-language textbook entitled Introduction to German Law and Legal Culture: Text and Materials. In addition, Miller has continued his service – now in the 18th year – as Editor-in-Chief of the German Law Journal, a peer-reviewed, open-access forum for scholarship and commentary on developments in German, European and International jurisprudence.