Fourth Mudd Lecturer Talks Bioculture of Ethics and Identity Rebecca M. Jordan-Young, a sociomedical scientist, is the fourth speaker in the 2017-18 “Ethics of Identity” series. 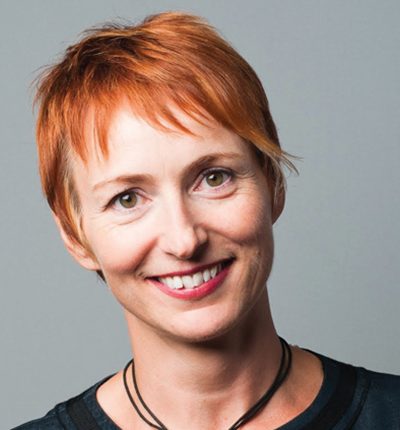 Rebecca M. Jordan-Young, a sociomedical scientist, is the fourth speaker in the 2017-18 “Ethics of Identity” series, sponsored by the Roger Mudd Center for Ethics at Washington and Lee University. Her public lecture is Nov. 29 at 5 p.m. in the Hillel Multipurpose Room on the W&L campus.

The title of her talk, which is free and open to the public, is “Thinking Bioculturally About Identity and Ethics.”

Jordan-Young’s research focuses on sex, gender and sexuality, as well as the epidemiology of HIV/AIDS. She is the Tow Associate Professor for Distinguished Scholars and the chair of the Department of Women’s, Gender, and Sexuality Studies at Barnard College.

Jordan-Young completed her undergraduate work at Bryn Mawr College before going on to earn master’s and doctorate degrees from Columbia University. She has served as principal investigator and deputy director of the Social Theory Core at the Center for Drug Use and HIV Research of the National Development and Research Institutes, and as a health disparities scholar sponsored by the National Institutes of Health. In 2008, she was a visiting scholar in cognitive neuroscience at the International School for Advanced Studies.

Her book, “Brain Storm: The Flaws in the Science of Sex Differences,” is a critical analysis of scientific research supporting the theory that psychological sex differences in humans are “hard-wired” into the brain. She argues that studies of “human brain organization theory” fail to meet scientific standards.

“Jordan-Young’s work asks fascinating and important questions about the brain and the unfolding of a person’s identity,” said Brian Murchison, director of the Mudd Center. “Her book challenges accepted understandings of the influence of early hormone exposures, and she asks whether a range of studies are actually consistent with the scientific method. Her talk will add another dimension to this year’s Mudd Center theme, which explores human identity in its various facets.”

In 2016, Jordan-Young was awarded a Guggenheim Fellowship to work on a book on testosterone, “T: The Unauthorized Biography,” with co-author Katrina Karkazis.