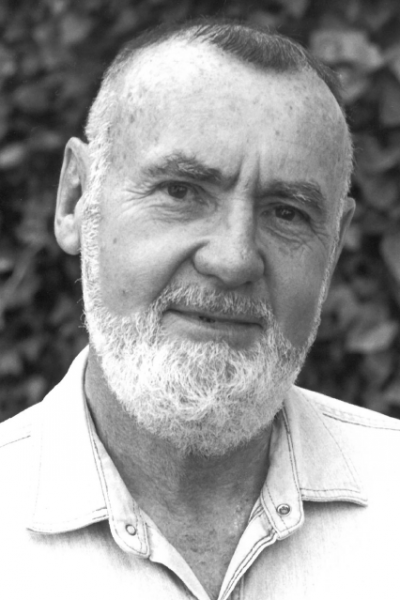 Robert Huntley, professor of English emeritus and former dean of freshmen, who taught at Washington and Lee University for 32 years until his retirement in 1994, died on Oct. 6, 2017, in Lexington, Virginia. He was 89.

“The W&L community will remember Bob Huntley with gratitude,” said W&L President Will Dudley. “Not only was he a dedicated professor of English, but he also served as a caring dean of freshmen. He supported our first African-American students and advocated for coeducation. Clearly, his legacy is one to cherish and to emulate.”

Huntley joined the W&L English faculty in 1962, and taught courses in composition, English literature, and Soviet literature. He also served as the dean of freshmen and associate dean of students, helped recruit the university’s first African-American students, and led the task force responsible for the school’s transition to coeducation. He said, “You cannot effectively or accurately teach literature to men in the absence of the female perspective.”

“Bob Huntley proved a generous colleague who warmly welcomed me into the department and guided my teaching and plans in my first and challenging year here in the South,” said Edward A. Adams, W&L professor of English. “Upon his retirement and departure for a year of travel, I was able to live in his home high on a bluff above the Maury River with a breathtaking view of House Mountain, Hogback, and the westward sweep toward West Virginia. There I came to love Rockbridge County — almost as much as I love my native Maine — and Bob’s wisdom in long ago choosing such a beautiful place to cherish taught me much about him and how lucky I was to have him as a colleague.”

In addition to a definitive book, “The Alien Protagonist of Ford Madox Ford,” Huntley published many articles about Ford, Flaubert and Henry James.

“Bob Huntley was an engaged, passionate teacher his entire career at W&L,” said Jim Warren, professor of English at W&L. “He told me that he got the job by chance, driving through the area in the early 1960s. He had a Ph.D., they had a job opening, and he spent the next 45 to 55 years in Lexington. That’s how it worked back then. Bob loved the modern English novel, and he was a dedicated teacher of the old Brit lit survey. His copies of the Norton Anthology were a wonder of marginal comments, cross references, and ideas. He had an archive of the anthologies he had used over his career, transferring notes from one edition to another.”

At his farm in Rockbridge County, called Upper Meadow, Huntley kept bees, played with his dogs, and brewed beer. A world traveler, he visited and studied all over the globe, and he served as faculty adviser to the international club at W&L.

The avid outdoorsman also supported W&L’s Outing Club. Nicknamed “English Bob” to distinguish him from Robert E.R. Huntley ’50, ’57L (W&L’s president from 1968 to 1983), he served as faculty adviser to Phi Eta Sigma and belonged to Phi Beta Kappa. In 1981, he received the Ring-tum Phi Award for exceptional service to the university as dean of freshmen.

“The very qualities which endeared him to his freshmen have endeared him to his colleagues and his students for over three decades,” noted his colleagues upon his 1994 retirement. “As genuinely interested in students’ overall welfare as in their growth as readers and writers, Bob has always given them the sense that their academic work is a team effort in which he shares.”

He is survived by his daughters, Eve Huntley and Rhea Kosovic; his sons-in-law, Kirk Hughes and George Kosovic; his granddaughters, Charis Hughes, Quin Montelius and Zoe Kosovic-Rios; his great-granddaughter, Rona Montelius; and his partner, Nancy Margand, W&L professor of psychology emerita.

There is no plan for a funeral. The family requests that commemorations take the form of contributions to Rockbridge Area Hospice, 315 Myers St., Lexington, VA 24450.