Hamills Put Stamp on W&L Lacrosse Programs Alex '13, Parker '17 and Hudson Hamill '20 have all thrived at Washington and Lee, their father's alma mater. 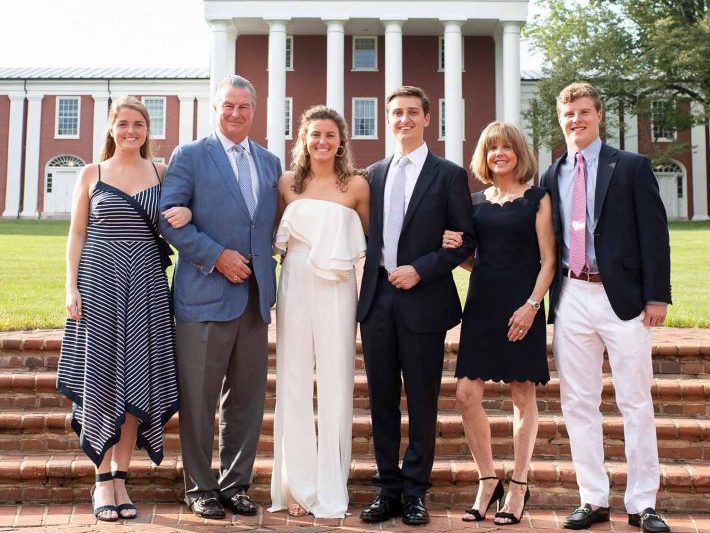 “Sort of surreal to have all three of them play there. It’s just so much fun to have them go to the same school I did, and one I feel so strongly about.”

An injury suffered prior to his rookie season cut short the college basketball career of Jeff Hamill ’81. Fortunately, it didn’t prevent his family from leaving an indelible mark on Washington and Lee athletics.

Over the past decade, all three of Jeff’s children – Alex ’13, Parker ’17 and Hudson ’20 – have played lacrosse for the Generals. Parker was an All-American defender who helped guide the women’s team to the 2017 NCAA semifinals. Hudson, who is set to graduate later this month, also earned All-America honors and finished among the all-time leaders in assists for the men.

So it’s safe to say that the W&L lacrosse faithful won’t soon forget the Hamill family, even if dad’s basketball career didn’t quite pan out the way he expected.

“Fortunately, my children are better athletes than me,” Jeff said. “Sort of surreal to have all three of them play there. It’s just so much fun to have them go to the same school I did, and one I feel so strongly about.”

Soon after graduating with a degree in U.S. history, Jeff ended up at Hearst Magazines, where he currently serves as executive vice president for advertising sales and marketing. Early in his time at Hearst, he met and married his wife, Susan, and the couple relocated to her hometown of Darien, Connecticut.

That’s where Alex, Parker and Hudson grew up. The three siblings all took part in a well-organized youth sports system that feeds Darien High School, which has long boasted powerhouse boys and girls lacrosse teams.

While lacrosse wasn’t their only sport – Alex and Parker both competed in soccer, and Hudson also played football and basketball – it certainly gave them an early taste of success. The Hamill sisters each won a pair of state titles, and Hudson was part of three state championship teams in lacrosse and another on the gridiron.

“I was extremely fortunate to grow up in a town that loves lacrosse as much as Darien does,” Parker said.

Yet the development of the Hamill family pipeline from Connecticut to W&L wasn’t inevitable. Jeff’s kids all knew how much he had valued his time in Lexington, but he tried not to pressure them into attending his alma mater. 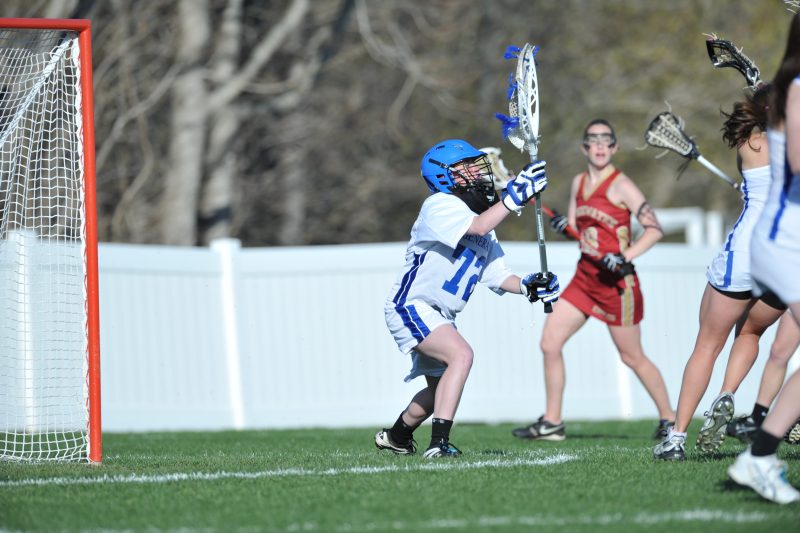 Alex ’13 played in 11 games across two seasons as a reserve goalie for the Generals, including this 2011 victory over ODAC rival Bridgewater.

“I had always told myself I would never go to W&L because of how much my dad loved it and always talked about it – I wanted to do my own thing,” Alex said. “But the second I got to campus for a visit, I understood everything he had talked about growing up, and I just knew I wanted the same experience.”

Alex played two seasons for the women’s program, making 11 appearances as a reserve goalkeeper and helping the team claim a pair of conference titles. (W&L has won every ODAC women’s lacrosse championship since 2010, and 16 of the past 17 dating back to 2003.)

Following Alex’s first-year season in 2010, she returned to campus to work head coach Brooke O’Brien’s summer recruiting camp with Parker in tow. The younger sister had just completed the ninth grade at Darien, but she made a pretty significant life choice almost on the spot.

“The second I stepped onto campus and saw my sister and the team interacting, I knew I wanted to attend W&L,” Parker said. “The team’s chemistry and fun-loving spirit was apparent, and they really made the campers feel at home.”

That decision certainly worked out well for the Generals. Parker played in 71 games during her career, starting in all 37 appearances as an upperclassman and twice earning first team All-ODAC recognition.

During her senior season in 2017, she received third team All-America honors from the Intercollegiate Women’s Lacrosse Coaches Association, helping lead W&L to its first-ever appearance in the national semifinals. That spring, the Generals’ defense ranked second in Division III with a miserly 4.10 goals-against average.

“We are grateful that Parker chose to join her sister here,” O’Brien said. “She had opportunities to play at D-I schools, but her family’s ties to W&L and the promise of what we were building as a program enabled us to convince her that being a student-athlete at W&L was a more promising prospect.”

With both of his sisters having such positive experiences here, Hudson – who was also being recruited by Division I programs – wasn’t exactly a tough sell. 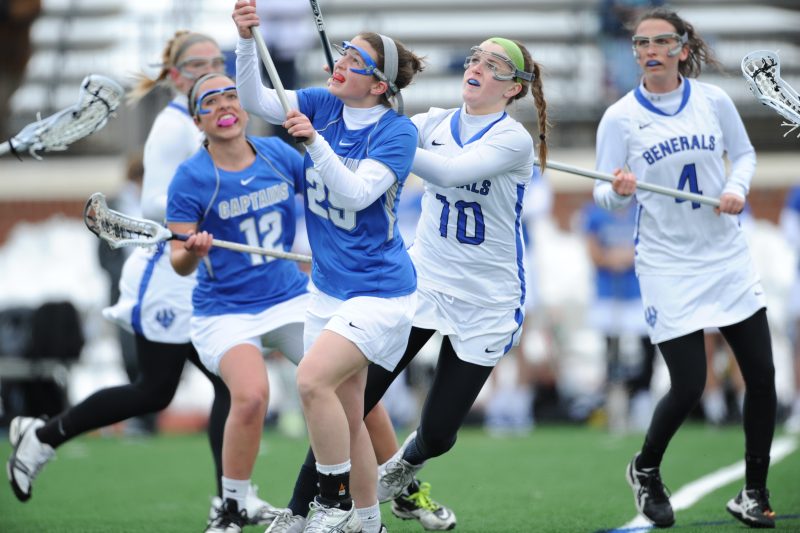 Parker ’17 battles for possession in the 2014 season opener against Christopher Newport, marking the first of her 71 career appearances for the Generals. W&L beat the Captains 12-11 in overtime.

“Once I decided that I was going to go Division III, Washington and Lee was a very obvious selection,” he said.

Hudson hit the ground running as an offensive midfielder, tallying 18 assists as a first-year in 2017. He would notch 32 assists as a sophomore and 39 more as a junior – the latter total tying for the third-most in a single season in program history – en route to all-conference and all-region honors in both years, as well as a third team All-America citation from the United States Intercollegiate Lacrosse Association in 2019.

Despite seeing his senior campaign cut short when all W&L and NCAA athletic events were canceled in mid-March, Hudson posted 16 helpers in just seven games this year, finishing in seventh place in the school’s record book with 105 career assists.

While Darien’s high-octane offense may have prepared Hudson for a productive college career, the senior captain’s work rate turned him into an elite player for the Generals.

“Hudson is a fierce competitor. His drive, work ethic and relentless hustle enabled him to compete at a high level early on and throughout his career,” men’s lacrosse coach Gene McCabe said. “The guy you saw on gameday is the guy you saw in practice.”

Perhaps the biggest highlight of Hudson’s run at W&L came in the 2019 ODAC championship game against Lynchburg. After getting upset in the semifinals as the tournament’s No. 1 seed in 2017 and 2018, the Generals came through last spring, when senior defenseman John Broderick scored a transition goal in the final seconds to lift W&L to an exhilarating 8-7 win.

Even though his career wrapped up prematurely because of the COVID-19 pandemic, Hudson believes that he and his senior classmates – who reached the NCAA Round of 16 in both 2018 and 2019 – have had a big impact on W&L lacrosse.

“I think the program is really trending in the right direction, and it was really cool to be a part of that during my four years,” Hudson said. “The idea of leaving something better than you found it, our class is confident that we did.”

The same could be said of the Hamill family – and that influence goes beyond athletics. Jeff currently serves on the board of advisors for The Williams School of Commerce, Economics, and Politics. Alex, Parker and Hudson all studied business administration at W&L.

But the Hamills will be remembered most for their accomplishments on the lacrosse field. And yet with multiple ODAC championships and NCAA tournament games to choose from, among other highlights, Jeff’s favorite memory focuses on a very specific, family-centered episode.

It was the last day of the regular season on April 29, 2017. The men had faced off against Randolph-Macon at noon on Wilson Field, and Parker’s Senior Day game against Randolph was starting at 2 p.m. at Alston Parker Watt Field. There was no turnaround time between the two contests at different venues.

“We were up in the stands, and they were just starting the Senior Day festivities, and I see No. 2 [Hudson’s uniform number] running up the hill to come to his sister’s Senior Day,” Jeff said. “That was the ultimate moment for me.” 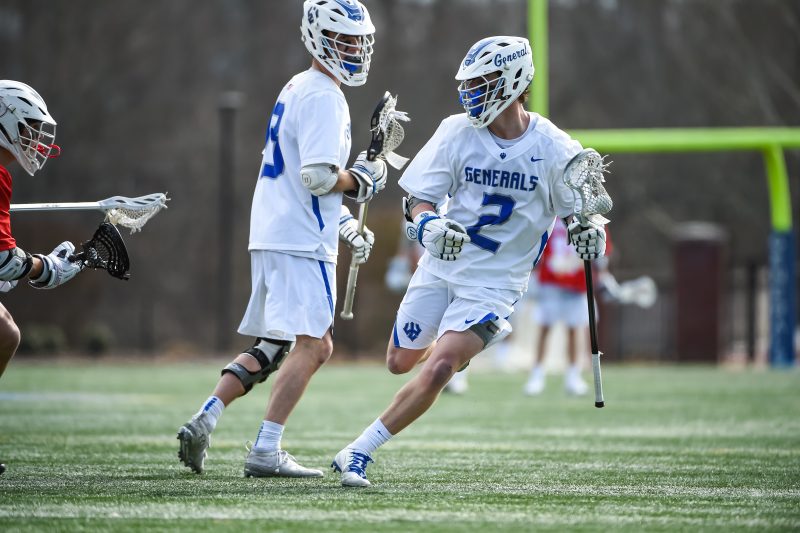 Hudson ’20 makes a cut through the midfield. He notched 16 assists in just seven games this season, and his career total of 105 assists ranks seventh all-time at W&L.

Celebrate more Washington and Lee University athletes during the virtual Athletics Ceremony at 8:30 p.m. on Thursday, May 21, 2020. Click here to watch the broadcast.