“Over the past two years, I have spent my summers in neuroscience research labs and learned a number of techniques pertinent to the field of genetic analysis—all necessary and translatable skills for conducting research on the Zika virus.” 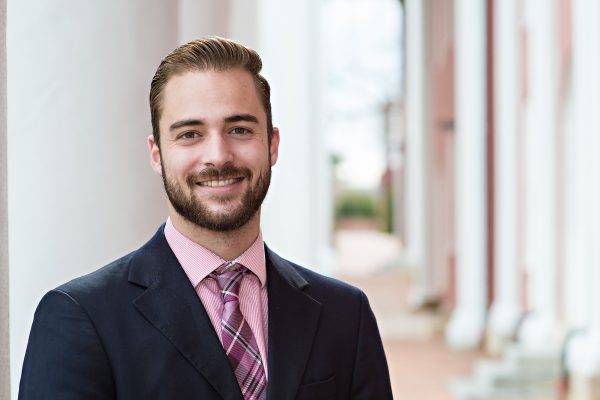 Washington and Lee University senior Harrison Westgarth, of McKinney, Texas, has been awarded a Fulbright study/research grant to Brazil. His project is “Development of an Animal Model of Direct and Congenital Zika Virus Transmission.”

As a Fulbright scholar, Westgarth hopes to “develop and characterize a wildtype animal model of Zika virus infection and the mechanism that allows for vertical, cross-placental transmission to fetuses of pregnant infected mothers.”

He will work in the lab of Drs. Amilcar Tanuri and Loraine Campanati, at the Federal University of Rio de Janeiro, who are working on establishing an animal model of Zika virus infection that exhibits both adult and congenital infections that can be used for pathogenesis studies and antiviral testing.

As a rising sophomore, Westgarth shadowed an orthopedic surgeon, which confirmed his desire to enter the medical field. The next summer, he discovered his interest in medical research by working in a lab at the Albert Einstein College of Medicine of Yeshiva University.

“My studies and my recent research underscore my ability to conduct this project to fruition,” Westgarth said. “Over the past two years, I have spent my summers in neuroscience research labs and learned a number of techniques pertinent to the field of genetic analysis—all necessary and translatable skills for conducting research on the Zika virus.”

“Harrison is an excellent scholar who has availed himself of all the opportunities of W&L’s liberal arts education where he focused on his biology major in preparation for medical school and also got involved in music and athletics. He is truly a well-rounded individual,” said Maryanne Simurda, professor of biology, W&L.

“He is very much aware of the world, especially South America,” Simurda continued. “His language studies started in Spanish, and he spent a brief time in Argentina volunteering in medical outreach. And then because of his desire to work in Brazil, he came back and learned Portuguese. For his Fulbright proposal he will be doing biomedical research on the Zika virus, so it is especially appropriate that he will be in Rio de Janeiro, Brazil, the center of the Zika outbreak.”

Westgarth plans to become involved in the local community by working with a local swim team or a swim lesson program. He also will offer violin lessons to community members or try to establish a music education program in the area.

“Knowledge gleaned from the research itself is important not only to the Brazilian government but also to the larger international community,” Westgarth said. “This project will bridge Brazilian and American research endeavors to begin solving an existing problem and provide tools needed to combat Zika.”

A biology and Spanish double major at W&L, he works as a tutor and liaison for a Rockbridge County family and serves as the in/out of school tutoring coordinator on ESOL’s executive board. He is the captain of the varsity swim team; is editor in chief of Pluma, the W&L Spanish literature magazine; and is president of Pi Kappa Phi fraternity. Westgarth is a member of Omicron Delta Kappa Leadership Honor Society, Beta Beta Beta Biology Honor Society, Alpha Epsilon Delta Pre-Med Honor Society and the W&L Honor Roll and Dean’s List. He also is an Atlantis Project fellow (La Plata, Argentina) and a W&L scholar-athlete.

“Harrison is one of the rare students who very clearly connects his talent and passion for his majors to his activities outside of class,” said Ellen Mayock, Ernest Williams II Professor of Romance Languages. “One key example is his work with ESOL, for which Harrison has served as a tutor to a Honduran family for almost three years now. In my near-15 years of advising ESOL, I have never seen one of our volunteers develop such a close relationship with both the student and family. Harrison is now part of the ESOL Leadership team as in-school coordinator, but he continues to work with this family.”

Mayock added, “Harrison has also translated (English-Spanish) many official documents for the Rockbridge Area Health Center, which helped the center to get state certification. He is truly dedicated, caring and intuitive, and he brings these qualities to all he does.