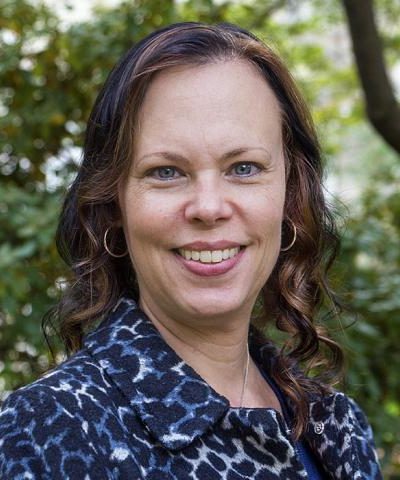 Editor’s Note: This event has been cancelled.

On Wednesday, Oct. 2, Prof. Jill Stauffer, director of the Peace, Justice and Human Rights program at Haverford College, will visit W&L Law to give a talk on the topic of child soldiers, evidence, and trial process.

This talk is titled “How to be the Crux of a Diachronic Plot: Levinas, Questions and Answers, and Child Soldiers at the ICC, in Four Acts” and is scheduled for 4:00 p.m. in Room 426, Sydney Lewis Hall. All are welcome to attend.

Using questions and answers from a trial of a former child soldier at the International Criminal Court (ICC), Stauffer will explore the ethical ramifications of the choices we make when we pose and respond to questions, and ask whether ICC rules and procedures may make it less rather than more likely that mass atrocity crimes will be understood and redressed.

Before coming to Haverford College to create a new interdisciplinary human rights theory program for undergraduates, Stauffer taught at Amherst College in the department of Law, Jurisprudence and Social Thought, and in the Philosophy department at John Jay College of Criminal Justice/CUNY. Stauffer is on the Board of Directors for the non-profit book series Voice of Witness, which illuminates human rights crises through the stories of the women and men who live through them. Her academic interests include philosophy of law, political philosophy, continental philosophy, and ethics.

Stauffer has published articles on practices of hearing that succeed or fail, legal and political responsibility, political reconciliation, child soldiers, settler colonial silences, and the rule of law. Her edited volume,“Nietzsche and Levinas: After the Death of a Certain God,” was published by Columbia University Press in 2009. Her book “Ethical Loneliness: The Injustice of Not Being Heard” was published by Columbia University Press in 2015. She is currently working on a book called “Lapse Time: Interruption and Resistance in International Law and the Settler Colonial State.”

Stauffer holds a Ph.D. and M.A. in Rhetoric, as well as a B.A. in Classical Languages, all from the University of California at Berkeley.