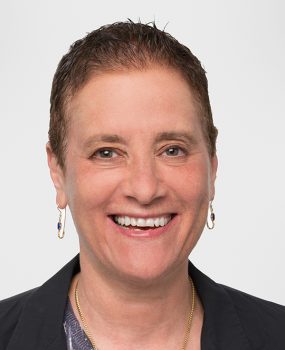 Helen Nissenbaum, professor of information science at Cornell Tech, will  lecture at Washington and Lee University in Stackhouse Theater on Oct. 28 at 5 p.m. as part of the Mudd Center for Ethics series on “The Ethics of Technology.”

Nissenbaum’s talk, which is free, is titled “Privacy as Contextual Integrity: Thwarting the Great Regulatory Dodge.”

The talk will be available to watch live online here.

Before joining Cornell Tech in 2016, Nissenbaum served as a professor of media, culture and communication, and computer science at New York University, where she was also director of the Information Law Institute. Earlier she served as associate director of the Center for Human Values at Princeton University. In March 2019, she was named a distinguished fellow of the Stanford Institute for Human-Centered Artificial Intelligence.

“Professor Nissenbaum is the country’s leading scholar of privacy and its function in a technological age,” said Brian Murchison, director of the Mudd Center. “ Her path-breaking work is grounded in a very realistic sense of social norms and the importance of context.  She adds a crucial dimension to the Mudd Center’s current series on the ethics of technology.”

Nissenbaum’s research takes an ethical perspective on policy, law, science and engineering relating to information technology, computing, digital media and data science. She is known for the concept of contextual integrity and for her work on privacy, privacy law, trust and security in the online world.

In 2014, she received the Barwise Prize from the American Philosophical Association for “significant and substantial contributions to areas relevant to philosophy and computing.”

Nissenbaum is the author or co-author of eight books, and her research has appeared in journals of philosophy, politics, law, media studies, information studies and computer science.