Helping the Homebound R. Alan Winstead ’85 is a driving force for the Meals on Wheels program in his community. 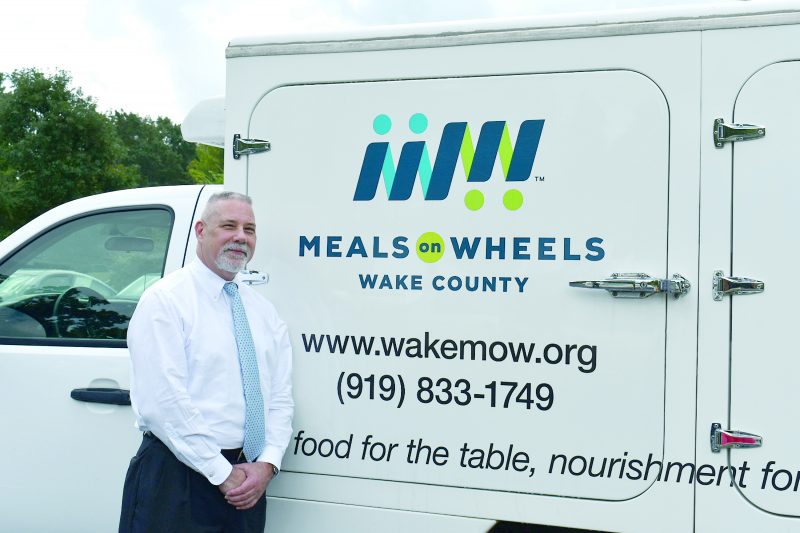 The world of nonprofits was not on Alan Winstead’s radar when he came to W&L and double majored in history and religion. “I took advantage of the liberal arts,” he said.

At first, he thought about teaching after graduate school, but he realized that he didn’t have to teach or preach to make a true difference in the world. He could simply get involved. And, so he did.

The idea of delivering nutritious food to people in need drew Winstead to Meals on Wheels of Wake County, North Carolina. “Food really is critical to both our physical and spiritual well-being,” he said. “People eat to stay well, and they eat to socialize, to be part of a community.”

Winstead became executive director of the organization in 2006 after working with other nonprofits, such as the Boy Scouts of America and Boys & Girls Clubs of America in North Carolina and Florida. “Meals on Wheels was a good opportunity to lead a well-known organization in a great community. It was a very exciting move.”

His involvement connects him to older adults who sometimes don’t have access to food. “The folks we work with are homebound. Sometimes they are invisible,” he said. “It’s a big challenge to get people
to recognize that the need exists, and Meals on Wheels makes a big difference.”

Two major perks of the job are meeting and working with volunteers and getting to know seniors who are served by the organization.

“We have World War II veterans and people who were pioneers in their fields,” Winstead said.
“We have eight people that we deliver to that are over 100 years old.”

One centenarian who recently died had received meals from the organization for 10 years. A World War II veteran, she was part of an all-female unit that served in London. “She had gone to school on the GI Bill,” Winstead said, noting the governor of North Carolina delivered her lunch one day. “Just having Meals on Wheels deliver her lunch and check on her every day helped her live in her house until she was 100.”

Volunteers and participants in the program build meaningful relationships. “It’s amazing how much you can learn about somebody in a brief period of time,” said Winstead who has delivered meals for the organization.

Locals are generous with their time and donations. “This community really gives back. It steps up and makes it possible,” he said. “It’s gratifying to know that I live in a community like that.”

He believes his four years at W&L helped him easily adapt to his job as executive director. “One thing I learned at W&L was a sense of community. I try to replicate that where I am now with our donors, volunteers and participants. I want to give it that community feeling.”

When he visits the campus, he sees lots of service-learning opportunities for students. “I hope they are taking part,” he said. “I wish I had had more opportunities to do service work earlier.”

His advisor, Harlan Beckley, Fletcher Otey Thomas Professor of Religion Emeritus,
was a major influence. “He helped me get into graduate school at The University of Chicago Divinity School.”

Meals on Wheels serves 330,000 lunches a year in Raleigh and Wake County. “One of our challenges is the population of North Carolina is growing and so is the older adult population. We are seeing retirees move here after their families move here.”