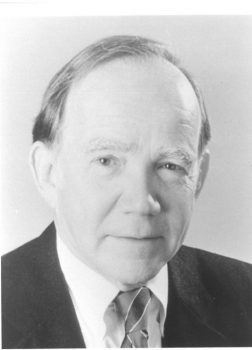 A native of Washington, D.C., Birney graduated from St. Albans School before attending W&L. He served in the Air Force before practicing law with his father, Dion Birney. He was the managing general partner of Washington Brick and Terra Cotta Co., where he established a career in real estate, golf course, and marina investment and development in the greater Washington, D.C., area. He was also the co-founder and chairman of the Washington Real Estate Investment Trust and and director of the Washington Hotel Co.

Birney was elected to the W&L Board of Trustees in 1990 and served on the Campus Life, Campus & Physical Facilities, Development and Academic Affairs committees. His term on the board ended in 1997.

In 1986, he and his wife, Ally, established the Arthur A. Birney Scholarship. The couple also supported other university projects, including the sciences, theater and the Lee Chapel Endowment. He was also a member of his 50th reunion class committee and on the cabinet committee for the On the Shoulders of Giants Campaign. He noted: “We all have to make the world a little bit better, and it’s a great joy to me to help W&L students in some small way.”

For his philanthropic support of W&L, Birney’s name was added to the Benefactor’s Wall in 2001.

Birney is survived by his wife, Alison, his wife of 66 years; his three sons, Lex ’78, Rodney and Charlie; and many grandchildren and great-grandchildren.

Remembrances can be made to The Chesapeake Bay Foundation or the charity of your choice.