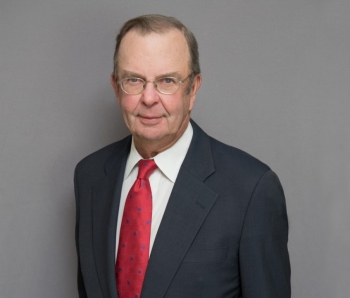 President William C. Dudley said, “Washington and Lee has lost a true friend of the university. During the time I knew Jack, he spoke fondly of his service as a trustee and with real enthusiasm about the university’s current goals and future prospects. We are grateful for his dedication to his alma mater and for his wise counsel.”

A history major, Vardaman was president of Sigma Nu fraternity and, during his senior year, of the Finals Dances. He served as vice president of White Friars and belonged to the Cotillion Club, Mongolian Minks, the Varsity Club, the Student Activity Board and the Dance Board. He also captained the golf team.

After graduation, he attended Harvard Law School and then clerked for Hugo L. Black, associate justice of the U.S. Supreme Court. He began his law career at Wilmer, Cutler & Pickering, moving to Williams & Connolly in 1970, where he handled environmental, products liability and toxic tort litigation.

Vardaman served on W&L’s board of trustees from 2005-2014. Over the years, he was an active alumnus, serving as chair of his reunion class committee, a class agent for the Annual Fund and a member of the D.C. Area Capital Campaign Committee. He was also co-chairman of his 50th reunion committee. Moreover, he supported the construction of the Hillel House, Colonnade Renovation and Restoration, Friends of Rockbridge, the Generals’ Club, the John W. Vardaman ’62 Law Scholarship, and the Vardaman Family Scholarship Endowment. In 2002, Vardaman received W&L’s Distinguished Alumnus Award.

In his 50th reunion Calyx, Vardaman wrote that joining the board was, “a great opportunity to become reconnected to the university and to play a role in its future. While there have been a lot of changes in the 50 years since we graduated — the admission of women, Spring Term, the expansion of the campus, etc. — the most important features of the university remain the same. Just as the front campus looks the same as when we were there, so too the Honor System, the commitment to student self-governance and the ideal of academic excellence are still central parts of W&L life. I am happy to say that the core values remain unchanged.”

During his distinguished legal career, Vardaman was named one of Washington’s Top Lawyers by Washingtonian magazine, and the 2004-2017 editions of Chambers USA: America’s Leading Lawyers for Business ranked him in the top tier for general commercial litigation. He was a member of the American College of Trial Lawyers, the D.C. Circuit Advisory Committee on Procedures, the District of Columbia Bar Task Force on Civility in the Profession, and the ABA Long-Range Planning Group on Civil Justice System Improvements. 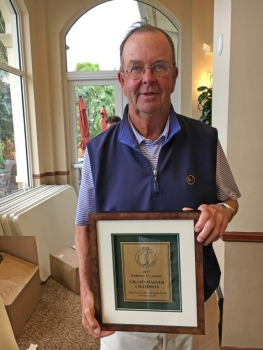 A skilled golfer, Vardaman was inducted into W&L’s Athletic Hall of Fame in 2011. As a freshman, he helped W&L claim the Virginia State Intercollegiate Championship held at the Cascades in Hot Springs, Virginia, where, 50 years later, he won the Virginia State Golf Association’s Super Senior Amateur tournament on that same course. He was ranked as one of the 10-best senior amateur golfers in the U.S. in 2001 by Golf Digest. He served as general counsel to the U.S. Golf Association, as chair for the Washington, D.C., First Tee program and on the board of directors for the Amateur Golf Alliance, representing the D.C. area.

He and his late wife, Marianne, owned Malvern Hall (Bath County, Virginia) that formerly belonged to W&L benefactor Letitia Pate Whitehead Evans. The couple had a portrait of her in their dining room, and during the frequent W&L events they hosted, the assembled guests drank a toast to W&L and to Lettie Pate for her contributions to the school.

He is survived by his children Davis ’95, John, Tom and Shannon. His late father, John, was a member of the Class of 1936.