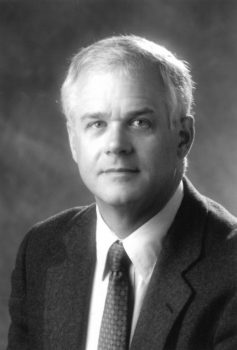 Hipp was born in Greenville, South Carolina, on March 11, 1940. A third-generation Greenvillian, he devoted his life to creating positive change for the people and communities of South Carolina. In particular, he supported groups and nonprofit organizations committed to encouraging opportunity and diversity, including helping start the Greenville Urban League (now the Urban League of the Upstate) and the Alliance for Quality Education (now Public Education Partners).

At W&L, Hipp belonged to the White Friars and the Christian Legal Society and competed in varsity football, lacrosse and wrestling. After graduating from W&L with a B.A. in English, he earned an M.B.A. from the Wharton School of the University of Pennsylvania and completed additional studies at Harvard University. Hipp began his professional career with Metropolitan Life Insurance in San Francisco and joined Liberty Life in 1969. He became the chief executive officer of the Liberty Corp. in 1979, a publicly held organization, which included insurance companies and television stations with additional investments in media, real estate and technology ventures. He also served as a member of numerous local, state and national boards.

In 2003, Hipp and his wife, Anna Kate, in conjunction with The Aspen Institute, co-founded Liberty Fellowship, a network of values-based leaders committed to the betterment of life and opportunity for all citizens of South Carolina.

The couple were instrumental in raising funding for the development of the Liberty Bridge in Falls Park, which was named for his grandfather Liberty Corp. founder W. Frank Hipp and his family for their commitment and contributions to Greenville. Hipp also served as a trustee of the Greenville Hospital System Board, the Committee for Economic Development and American Council of Life Insurance. He chaired the Greater Greenville Chamber of Commerce, the Greenville Urban League and the Greenville YMCA. Hipp received the Order of the Palmetto, South Carolina’s highest civilian honor, and was inducted into the South Carolina Business Hall of Fame. The town of Pawleys Island presented him with a key to the city for his civic work there. 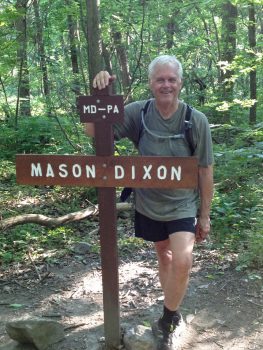 Always ready for a challenge, one of Hipp’s greatest conquests was hiking the 2,164 miles of the Appalachian Trail, which he finished in July 2013 at age 73. He enjoyed sharing the story of how he earned his trail name, Reboot, after accidentally burning his boots then hiking miles in sandals.

He is survived by his wife of 57 years, Anna Kate; daughters Mary Henigan Hipp ’90 and Anna Hayne “Tres” Small and her husband Robert; son Francis Reid Hipp and his wife Brice; and six grandchildren, Camilla, Hayne and Reid Hipp and Hannah, Clara and Samantha Small.

In lieu of flowers, memorial contributions may be made to Fall Park Endowment c/o Community Foundation of Greenville, 630 East Washington Street, Suite A, Greenville, SC 29601 or the charity of one’s choice.