In the Zone In addition to pursuing a double major at Washington and Lee, Jackson Hotchkiss ’24 is a competitive cycler who just placed fourth in his age group in a national cycling championship. 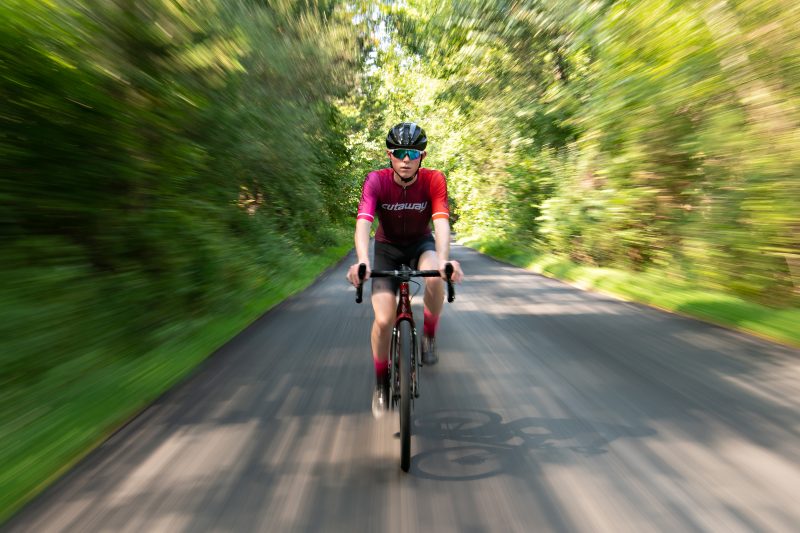 Jackson Hotchkiss ’24 cruises down Plank Road during a training ride.

Growing up in Lexington, Virginia, Jackson Hotchkiss ’24 loved to ride bikes as much as the next kid. But he never imagined that by the time he got to college, he would be racing at a competitive level.

Hotchkiss’s dedication to the sport recently paid off in a big way. On Oct. 23, he finished fourth in his age group at the 2021 USA Cycling Marathon Mountain Bike National Championship in Frederick, Maryland.

“I was pleased, he said. “It’s been a while since I’ve felt like I found my groove of racing again, so it was really nice to have a good result to end the year with.”

As an elementary school student in Lexington, Hotchkiss joined a cycling team called the Rockbridge Goats that was started by Dave Walsh, now owner of Red Newt Bikes. The Goats, aptly named because of the mountainous cycling terrain of southwest and central Virginia, competed through the National Interscholastic Cycling Association (NICA), and that’s when Hotchkiss fell in love with racing. 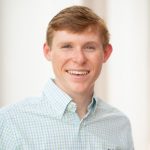 In high school, he was recruited to cycle for an elite international high school team at The Miller School in nearby Albemarle, Virginia. There, he trained and competed with teammates from all over the world. “I think when I graduated there were at least seven countries [represented] on our team. It was just a really cool opportunity,” he said.

When it came time to think about college, Hotchkiss had a choice: He could attend a college or university with a cycling team, as many of his Miller friends have done, or he could pursue the sport on his own. For multiple reasons, he said, he decided to attend W&L and find his place in the sport with a private coach and sponsorships.

“When I went to my boarding school, I realized I need a small school,” Hotchkiss said. “Originally, I did not want to come to W&L. Being from Lexington, I wanted to get the heck out of dodge. But I realized what W&L had to offer. I needed small classes, and I needed to know my professors.”

Hotchkiss’s training entails riding an average of 15-19 hours a week, although he sometimes puts in more than 20, in addition to lifting weights two to three days each week. He does about 80 percent of his training on a road bike but races almost entirely on a mountain bike.

“I think that’s what I’m better at, but also I just never found the liking for it,” he said of road racing. “It’s a lot of risk with lots of people crammed together. I’ve had some buddies get messed up for life.” 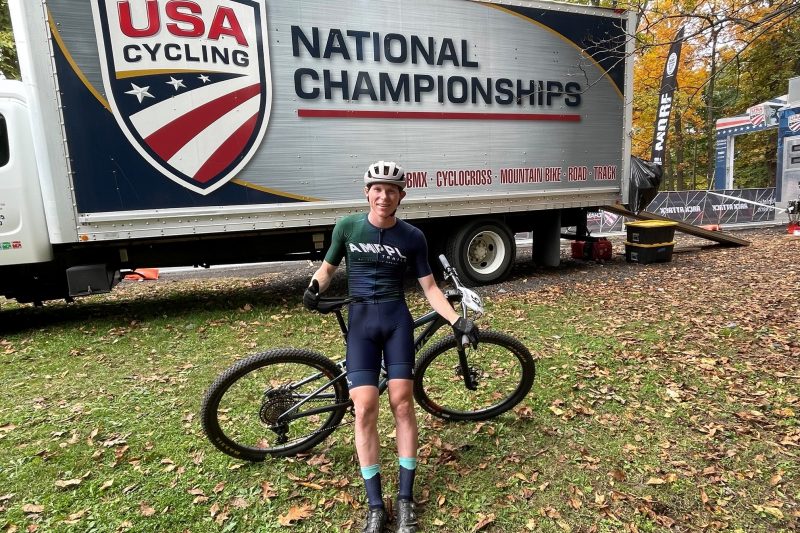 Although Hotchkiss had competed in shorter races at the USA Cycling Marathon Mountain Bike National Championship twice before, this year’s race was longer at nearly 40 miles, and his result was his best yet. He competed in the elite men 19-29 age group and finished in about three hours and 20 minutes.

“The course was super technical,” he said. “It was just rocks and a lot of elevation, a couple thousand feet. There were definitely some sketchy moments. I came into a couple rock gardens much too fast and almost went over the handle bars.”

Hotchkiss plans to continue training and enter more races next year. He will also continue to participate in W&L’s Cycling Club, which he and his club mates dream of turning into a racing team. Meanwhile, he’s pursuing a double major in business and environmental economics and is a resident adviser in Graham-Lees Hall. All of that keeps him busy, but he likes it that way.

“If I didn’t do it, I would be less productive. I go to classes, ride, and then after that is my break for the day before I come back and study,” he said. “That’s just how I’ve rolled.” 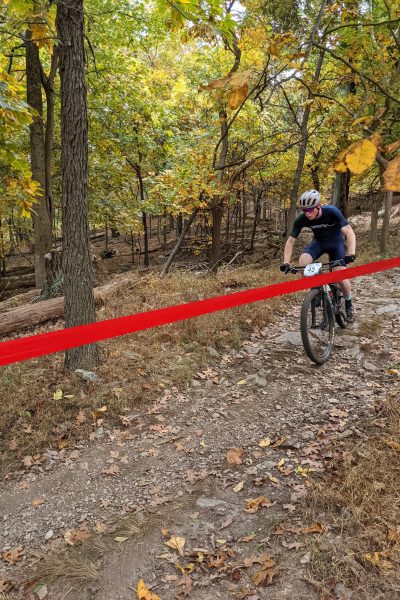 Jackson Hotchkiss flies down the trail during a national cycling championship race in Frederick, Maryland.