Into the Storm Caroline Schmidt '13 volunteered for the Red Cross during 2017's horrific hurricane season. 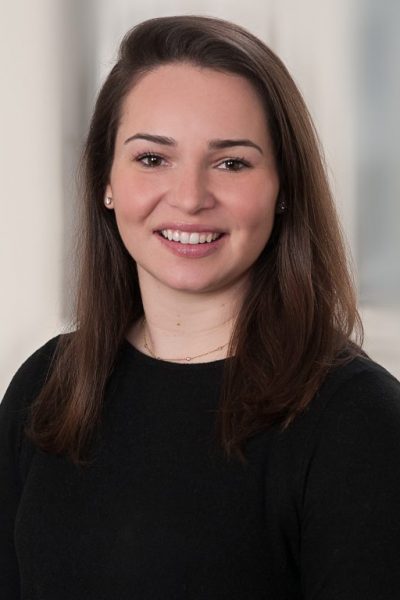 Caroline Schmidt ’13 did not major in journalism and mass communications at W&L, but the writing skills she developed as a business major served her well last fall during her intense eight weeks as a volunteer with the Red Cross during the horrific 2017 hurricane season.

Schmidt was interviewing for jobs when Hurricane Harvey hit. Because her mother, Elizabeth Penniman, is vice president of communications at the Red Cross, she was asked to join the media relations team at Red Cross headquarters in Washington, D.C. They were happy to welcome her aboard as a media relations and social media specialist. Then the disasters began to pile up, and social media exploded.

“There were three hurricanes, but the responses were different for each,” says Schmidt, who is now an associate in the San Francisco office of True Search, an executive search company. “Harvey just came and stayed. Irma was all over Florida. In Puerto Rico, there were power outages and fear for safety. Just because we did something in one situation didn’t mean we could just do it again. It was very draining because each was so different. Then in the midst of everything, the Las Vegas shootings and the California wildfires happened. Media calls were in the dozens per day, and we worked seven days a week for 65 days straight. It was both exhilarating and exhausting at the same time.”

Further complicating things were the Red Cross’s different rules in different jurisdictions. In Florida, they ran the shelters, but in Puerto Rico, the government managed the shelters. There, the Red Cross facilitated communications to help people locate missing relatives. For Schmidt, the most rewarding moments were when they could help people talk to their families for the first time.

“I was definitely a supporting player,” Schmidt remarks. “The people on the ground were the true rock stars, handling incredibly challenging situations, going without sleep. All departments at the Red Cross came together to help out. I was in no way responsible for what happened. I was just so fortunate to help in any way that I could.”