Introducing Chavis Hall and Simpson House The Board of Trustees make changes to the names of two buildings.

In October, the Board of Trustees, after consultation with members of the W&L community, announced changes to the names of two buildings:

Here is a brief introduction to the two individuals whose names will grace these spaces and the contributions they have made to W&L’s history. 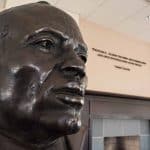 The Rev. John Chavis was born in 1763 in Granville County, North Carolina, to free black North Carolinians and was raised near Mecklenburg, Virginia. At age 29, he began studying for the ministry under John Witherspoon at the College of New Jersey (later Princeton University). On Witherspoon’s death in 1795, Chavis moved to Virginia and enrolled at Liberty Hall Academy, then under the direction of William Graham. He completed his studies in 1799. Finding him to be “of unquestionably good character and a communicant in the Presbyterian Church,” the Lexington Presbytery licensed him to minister in the church, and he enjoyed a successful career as minister and teacher in North Carolina. In Raleigh, he established the John Chavis School, which educated both black and white students, although in separate classes taught at different times of the day. Prominent whites saw the value of entrusting the education of their children to him; among his students was a future U.S. senator, Willie P. Mangum. Chavis died in 1838.

Listen to a brief bio on Chavis narrated by Professor Ted DeLaney ’85 at go.wlu.edu/Chavishistory. 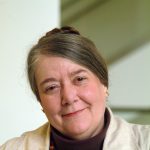 The Simpson House recognizes Pamela Hemenway Simpson, the first woman to become a tenured professor at the university and the first women to hold an endowed chair, when she became the inaugural Ernest Williams II Professor of Art History in 1993. Simpson, who died in 2011, was also the first woman to serve as associate dean of the college, and she played a critical role in the university’s transition to co-education in the mid-1980s as chair of the Co-Education Steering Committee.

During her 38 years on the faculty at W&L, Simpson made myriad contributions, both in the classroom, where she was described as “the embodiment of W&L’s teacher-scholar,” and in countless other formal and informal positions.

Her scholarly work often centered on local architecture, and in her 2011 Convocation address she drew a parallel between W&L’s architecture and its educational objectives. In narrating the events that led to the Colonnade and Lee Chapel she said, “What we so value today came together over a period of several hundred years. Each generation built on the past. What resulted was not only a collection of historic, distinguished buildings; we also ended up with a symbol.

“This is who we are. When we think of our most deeply held values – academic excellence, collegiality, civility, and most of all, honor, all of them are embodied here.”