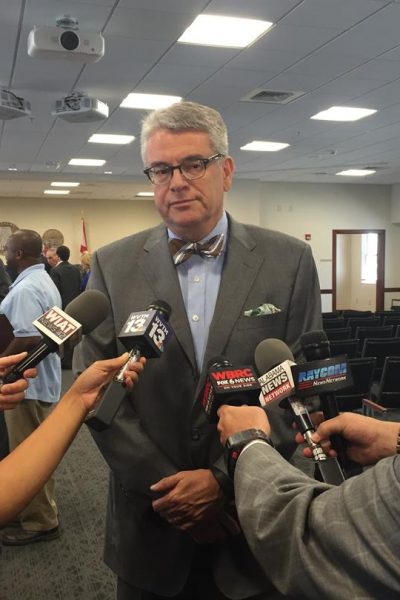 In July 2016, the Alabama House Judiciary Committee named attorney Jackson Sharman, a 1983 graduate of Washington and Lee University, as special counsel for the impeachment proceedings against Gov. Robert Bentley.

On April 7, Jack, who is a partner with the Birmingham firm Lightfoot Franklin White LLC, released his final report, a day after the Ethics Commission forwarded four charges to the DA’s office, including one count of the ethics law and three counts of the campaign finance law.

The AL.com website wrote, “Sharman [said] a pattern of the governor’s abuse of his power, motivated by his desire to hide the recordings [sexually explicit phone calls between Bentley and Rebekah Mason, his top political adviser] from the public and protect his reputation, was the most significant finding in the report.”

Bentley resigned April 10 with a plea agreement on two misdemeanor charges: failing to file a major contribution report and knowingly converting campaign contributions to personal use.

Jackson is a veteran of high-profile investigations. In the 1990s, he served as Special Counsel to the House Financial Services Committee for the Whitewater investigation that probed the real estate investments by Bill and Hillary Clinton and associates.