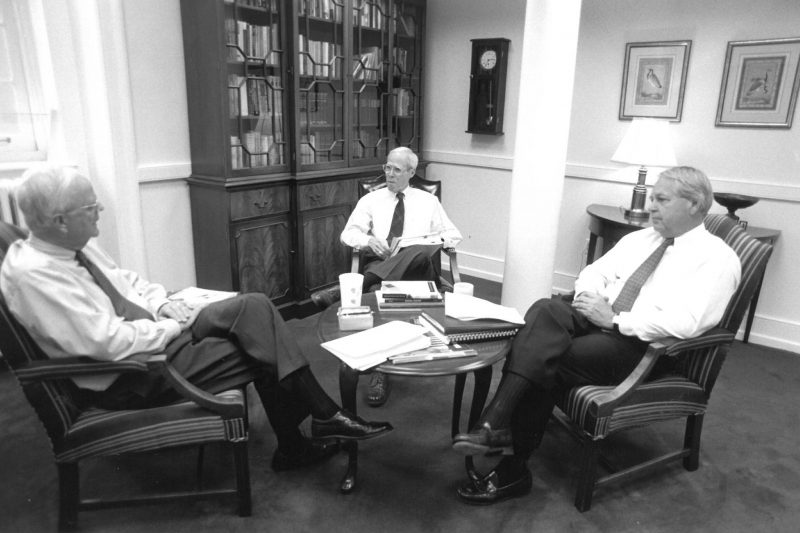 Surface joined the board in February 1996 and was sworn in as rector in November 1997. He served in that role until October 2003, when he resumed his duties as a trustee through October 2005.

In his 50th reunion Calyx, Surface wrote: “My election as rector of the board was the highest of honors, and it has been a privilege to have worked with fellow trustees, administrators, professors, students and alums in advancing the university’s academic, building and campus programs. The highlights of our board’s activities include a successful capital campaign, the establishment of a master plan and the construction of buildings and infrastructure to meet the many needs attendant to the momentous coeducation decision.”

Born in Salem, Virginia, on March 15, 1938, Surface spent his early childhood near Christiansburg, Virginia, before the family moved to Jacksonville, Florida. He received his bachelor of science in business administration, and while at W&L he was president of the student body, co-captain of the basketball team, a dorm counselor and a member of Omicron Delta Kappa.

Following graduation, Surface served as an officer in the Army Reserves Judge Advocate General’s Corps and then attended the University of Florida Law School, graduating in 1963. He joined the law firm of Mahoney, Hadlow and Adams in Jacksonville, where he specialized in corporate and finance law and served as managing partner. In 1990, he joined the international law firm of LeBoeuf, Lamb, Greene and MacRae and then became chair, CEO and owner of Community Resource Systems (now Vesta Property Services Inc.)

Surface spent countless hours supporting his alma mater. He was a class agent; a founding member of the Institute for Honor (established in 2000); served on his 30th, 55th and 60th class reunion committees; chaired his 50th reunion, which endowed the Class of 1960 Professorship in Ethics; and served on the For the Rising Generation capital campaign. He was also a member of the Alumni Board, the George Washington Society, the Commission on the 250th Observance and the Jacksonville Alumni Chapter. In 1985, he was an adjunct professor at W&L Law.

He is survived by his wife, Sally; sons, Frank III ’86 and his wife Heather, David ’89 and his wife Marchant, and John ’94 and his wife Kristen; and grandchildren Jamie, Peyton, Hadley, Gracie, King, Spencer, Eve and Bennett.