During this year’s annual meeting of the Virginia Association of Defense Attorneys, James W. Jennings Jr., a principal at Woods Rogers in Roanoke, Virginia, received the 2014 Excellence in Civil Litigation Award.

“As a trial lawyer, I am deeply appreciative of this recognition by fellow defense lawyers,” Jennings said. He has practiced with Woods Rogers for more than 45 years.

He is a long-standing member of DRI, has served on its board of directors and received its Exceptional Service Award. He is past president of the Association of Defense Trial Attorneys, the Virginia Association of Defense Attorneys and the Virginia Chapter of American Board of Trial Advocates. He has served as chair of the board of editors of the Journal of Civil Litigation and on the board of editors of the Defense Counsel Journal. Jennings is listed in Best Lawyers in America, Chambers and Super Lawyers. He also holds a place on Virginia Business’ Legal Elite.

Woods Rogers’ president Tom Bagby said, “We are fortunate to have James as a colleague and friend. His contributions to our firm are great and many and he is well-deserving of this prestigious award.”

Over the years, Jennings has served his alma mater in a number of ways: as a member of the Law Council and the Alumni Board, as a class agent, as an alumni career mentor, on the committees of several capital campaigns, as president of the Roanoke Alumni Chapter, as director of the George Washington Society and on his reunion class committee. In 1992, he received the University’s Distinguished Alumnus Award.

He is also active in his community. Jennings serves on Averett University’s board of trustees and has served on the boards of Downtown Roanoke Inc., Roanoke Regional Chamber of Commerce, Opera Roanoke and many organizations. 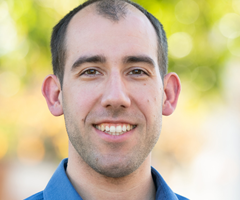