‘Matching a Person to a Role’: Jeb Brooks ’05 The CEO of a top sales-training company says everyone is in sales. 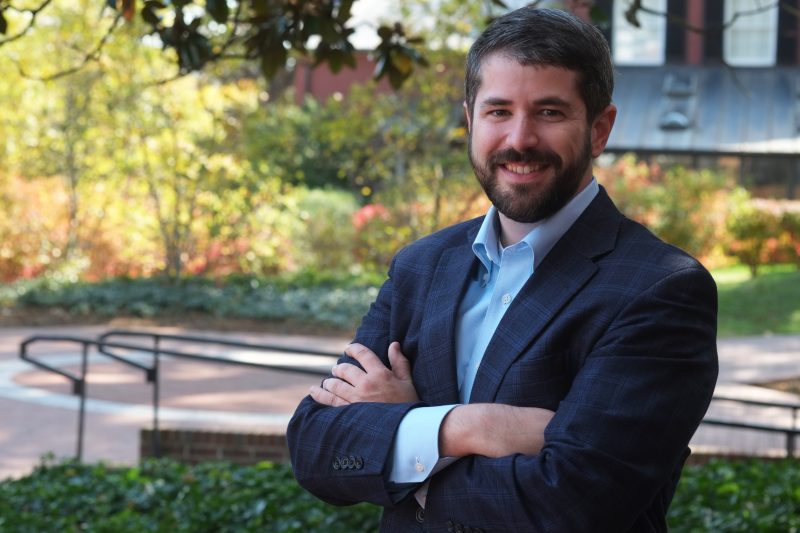 “The biggest lesson I learned from my dad is that you need to find really talented people and trust them to do good work. It’s my job to have the overall vision and keep trying things. I’m not done making mistakes — I haven’t had all my twists and turns yet.”

“It’s surprising the number of people who use sales in their roles,” Brooks said. “Many companies exist because people are on the front lines, communicating the value of what that organization does or makes — in essence, everything has to get sold.”

As the president and CEO of The Brooks Group, a company in Greensboro, North Carolina, that provides sales training for companies throughout North America, Brooks leads a firm of over 40 people. His team of sales trainers designs and builds sales curricula and courses for business-to-business companies in a variety of industries, including industrial equipment, healthcare and telecommunications.

“If you rounded up all of the students with undergraduate liberal arts degrees, many of them will at some point in their careers end up in sales roles,” Brooks said. “Companies train and invest in sales education for their employees, and we’re one of the firms filling this niche.”

As a student at Washington and Lee, Brooks majored in sociology and anthropology. He has always been fascinated by why people do things as individuals, groups and as a society. After moving to Phoenix after graduation to work for a human resources consulting company, Brooks decided to head back to Greensboro to work for his father’s company.

“My father was an expert in business-to-business selling,” Brooks said. “He wrote 23 books on the topic and traveled the country giving keynote speeches at national sales meetings. His business was very much personality-driven, meaning companies hired him as an individual to share his knowledge.”

Brooks began working in a marketing role for the company and continued to move his way up. But in 2006, his rise quickly accelerated when his father fell gravely ill. Brooks was in his first semester of law school at Elon University when his father passed away.

“It was no longer an option for the company to provide keynote speeches by my dad,” Brooks said. “We sat down as a family because we faced this choice — do we want to shut this thing down or grow it and transform it? And we chose to completely transform it.”

Now the head of one of the top-ranking sales training companies in the world, Brooks said it takes a great deal of personal awareness about his own strengths and skills to lead the company. He finds that he focuses on managing people and handling the firm’s legal issues, but he allows his sales trainers to be the experts on the subject matter they present.

“The biggest lesson I learned from my dad is that you need to find really talented people and trust them to do good work,” he said. “It’s my job to have the overall vision and keep trying things. I’m not done making mistakes — I haven’t had all my twists and turns yet.”

Brooks said it’s this mindset — of continuing to grow and being open to new opportunities — that is essential for students today.

“I look at a lot of resumes,” he said. “And I never look at the major, because that’s not what’s important. What really matters is matching a person to a role — a role that allows them to love what they’re doing. Not what you think you’re supposed to do; not what everyone else is doing. Why would you limit yourself like that?”