Jelani Cobb is the Next Speaker in Mudd Lecture Series Cobb, a staff writer for The New Yorker, will give a lecture at W&L on Oct. 7. 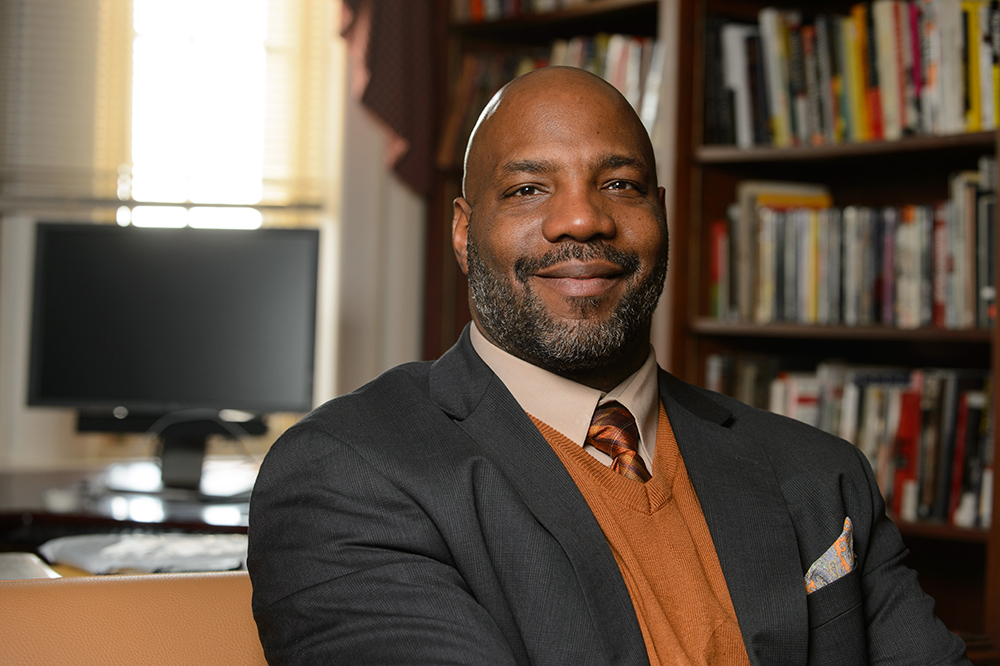 Jelani Cobb, a staff writer for The New Yorker, author and educator, will speak at Washington and Lee University in Stackhouse Theater on Oct. 7 at 5 p.m. as part of the Mudd Center for Ethics series on “Daily Ethics: How Individual Choices and Habits Express Our Values and Shape Our World.”

Cobb’s work addresses intersections of race, politics, history and American culture. His talk is titled “The Half-Life of Freedom.”

In the interest of public health, in-person attendance at Jelani Cobb’s lecture will be limited to 75% of the total capacity of Stackhouse Theater. Once this threshold has been met, attendees will be directed to Hillel House 101 where the lecture will be livestreamed for in-person viewing. All community members are invited to view the lecture in person at one of these locations. Individual virtual access to the lecture will be available only to W&L students, staff, faculty, and alumni by registering at this link: go.wlu.edu/JelaniCobb

“Jelani Cobb will address a crucial element of the Mudd Center’s Daily Ethics theme: What are our personal responsibilities, as citizens of a democracy, to protect its core principles,” said Karla Murdock, director of the Mudd Center. “As a journalist and public historian, Professor Cobb’s rigorous and cohesive body of work on race, politics and culture plays a critical role in our nation’s understanding and discussion of civil rights and social justice. It will be an honor to welcome him to W&L.”

Cobb is the author of several books, including “Substance of Hope: Barack Obama and the Paradox of Progress” and “To the Break of Dawn: A Freestyle on the Hip Hop Aesthetic.” He was a finalist for the National Award for Arts Writing, and he recently edited and wrote a new introduction for his book “The Essential Kerner Commission Report.”

At The New Yorker, Cobb’s columns on race, the police,and injustice were awarded the 2015 Sidney Hillman Prize for Opinion and Analysis Journalism. He co-edited The New Yorker’s collection “The Matter of Black Lives.”

As a correspondent for PBS “Frontline,” Cobb has recently released two investigative documentaries entitled “Whose Vote Counts,” which explores allegations of voter disenfranchisement and fraud in the 2020 election, and “Policing the Police,” which won the Walter Bernstein Award from the Writer’s Guild of America.

He was prominently featured in “13th,” Ava Duvernay’s Oscar-nominated documentary about the current mass incarceration of Black Americans, which traces the subject to its historical origins in the 13th Amendment.

Cobb earned his doctorate in American history from Rutgers University.

Shortly after the lecture concludes, a recording of it will be accessible to students, staff and faculty at the following link: https://wlu.box.com/v/MuddCenter-JelaniCobb.

The Mudd Center was established in 2010 through a gift to the university from award-winning journalist Roger Mudd, a 1950 graduate of W&L. By facilitating collaboration across traditional institutional boundaries, the center aims to encourage a multidisciplinary perspective on ethics informed by both theory and practice. Previous Mudd Center lecture series topics have included Global Ethics in the 21st Century, Race and Justice in America, The Ethics of Citizenship, Markets and Morals, Equality and Difference, The Ethics of Identity and The Ethics of Technology. 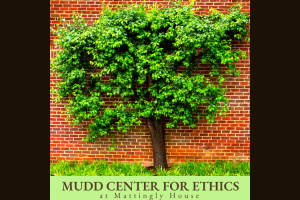