“Core to my teaching are two beliefs. The most important thing leaders do is help others succeed and life’s too short to work with jerks.” 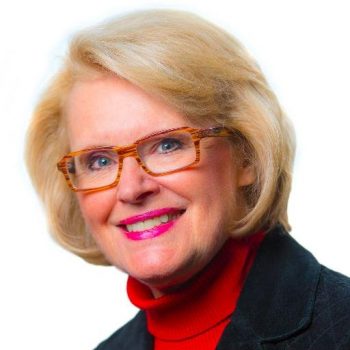 Jill Geisler, the Bill Plante Chair in Leadership and Media Integrity at Loyola University Chicago, will deliver the keynote address at Washington and Lee University’s 63rd Institute in Media Ethics on March 10 at 5:30 p.m. in the Stackhouse Theater, Elrod Commons. It will be streamed live.

She will speak on “Truth and Trust: Lead from Where You Are.” Her talk is free and open to the public. The institute is funded by the Knight Program in Media Ethics and is co-sponsored by W&L’s Department of Journalism and Mass Communications.

Geisler is known internationally as a teacher and coach of leaders in media. Previously, she spent 16 years guiding the leadership and management programs of the Poynter Institute. “Core to my teaching are two beliefs,” she said. “The most important thing leaders do is help others succeed and life’s too short to work with jerks.”

Geisler’s first career was in broadcast journalism. In the 1970s, she became one of the first women TV news directors in the U.S. and built a strong and successful newsroom culture over her 25-year newsroom tenure. She holds a B.A. in journalism from the University of Wisconsin-Madison and an M.A. in leadership and liberal studies from Duquesne University.