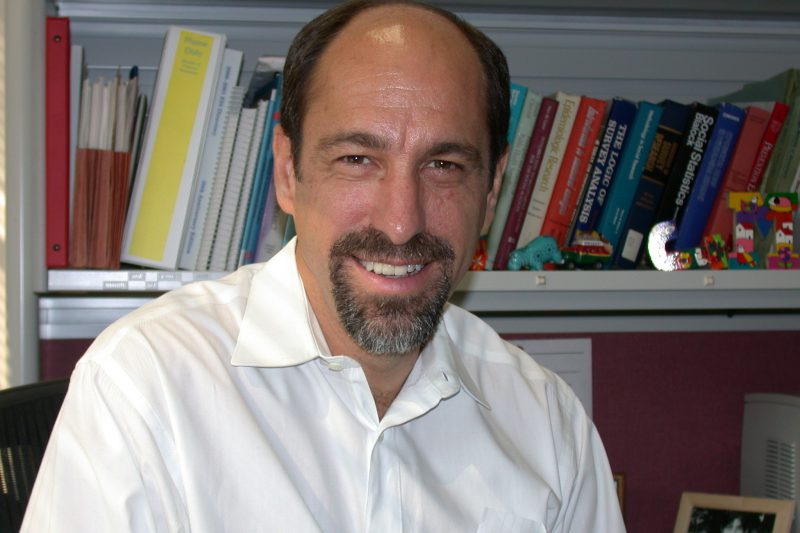 “Homicide is the third leading cause of death in the U.S. for 15- to 35-year olds,” said Jim Mercy ’76, who is the acting director of the Division of Violence Prevention at the Centers for Disease Prevention and Control (CDC), in Atlanta. “Suicides are at 40,000 per year.”

Mercy, who’s worked at the CDC for three decades, is trying to change those stats. He’s relied on his training as a sociologist to develop violence prevention programs and policies. By collecting and analyzing information, he and his colleagues can evaluate the magnitude of the problem, determine who is at risk, offer strategies and policies that would be most effective in each community, and demonstrate how prevention measures are cost-effective and worth the societal investment. “Good public-health research is at the heart of making good policy,” he said.

Mercy, who grew up in New Jersey, was, like many incoming first-years, unsure of his professional aspirations. “I took a little bit of everything–history, English, psychology–a lot of different subjects intrigued me,” he said. “I was initially drawn to sociology because it gave me a unique lens and a set of methods to understand the seemingly chaotic world around me. I was at W&L from 1972 until 1976, and this period included the emergence of an enormous political scandal in Watergate, the resignation of the president, and the end of the Vietnam conflict. It was also on the heels of movements for peace and civil rights that literally forever changed the fabric of our society. Sociology offered me insights into these events and ways of understanding them that were transformative for me and my world view.”

While at W&L, he assisted Professor Scott Cummings on a project involving a qualitative study of banned books in the Buena Vista school system. “There was a set of popular books, mostly classics, that some people found offensive because of language or situation–Billy Budd was one of them,” he said. “We interviewed teachers, administrators and religious leaders, and it was fascinating to listen to the different perspectives.”

After graduation, he attended Emory University, earning his M.A. and P

h.D. in sociology and writing his dissertation on whether a direct correlation existed between the dollars spent on police departments and a decline of violence in their jurisdictions. “I found that money played virtually no role in bringing the levels of violence down. That led me think about other ways to address the problem that would be more successful.”

He joined the CDC just as it was expanding its mission to address violence as a public health issue. He has worked on child maltreatment, youth and intimate partner violence, homicide, suicide and firearm injuries. “There’s no question that exposure to violence in young children alters the way their brains develop, which can lead to violent behavior as young adults,” he said. “It’s also clear that people living under the constant stress of an abusive environment are more likely to develop heart disease, obesity, depression and diabetes, as well as become involved in drug and alcohol abuse. Treating violence as a public health problem is not yet a mainstream concept, but it is starting to take hold.”

Mercy’s research has helped shift the focus from simply responding to violence through the criminal justice system to preventing violence through the use of school- and family-based programs, efforts to change social norms that support violence, and modifying social environments in, for example, public housing and impoverished neighborhoods.

In the past few years, Mercy has expanded his scope to address violence as a health issue in other countries. He was a co-editor of the World Report on Violence and Health, prepared by the World Health Organization, and served on the editorial board of the United Nation’s Secretary General’s Study of Violence Against Children. Most recently, he’s participated in a global partnership, called Together for Girls, with UNICEF, PEPFAR and WHO to end violence against girls in developing countries. “In everything we do, we need partners,” he explained. “Collecting and analyzing information about violent deaths is essential to developing strategies to prevent them. What we’ve learned in the U.S. is relevant to other nations, and their effective violence-prevention efforts can help us in the U.S. It is essential that countries coordinate their efforts and share knowledge.”

He added, “We all know that good health is central to our happiness and well-being–as individuals and communities. Using science to understand the nature of the problem and then developing and adopting appropriate interventions is at the heart of solving the health problems we face in the U.S. and the world.”