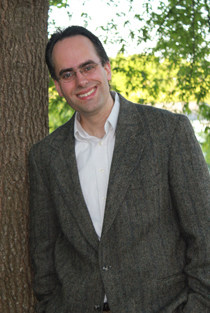 Dr. Mark Rankin, associate professor of English at James Madison University, will give a public lecture on Jan. 25 from 12:20-1:15 p.m. at the Hillel House Multipurpose Room.

Rankin will be speaking on “The Illustrations of Foxe’s ‘Book of Martyrs’ and their Publishing History.” The talk is free and open to the public.

Rankin has published widely on English Reformation literature and culture, including “John Foxe and the Earliest Readers of William Tyndale’s ‘The Practice of Prelates (1530)’” (2016) in English Literary Renaissance and “Reading the Wycliffite Bible in Reformation England,” in “The Wycliffite Bible: Origin, History and Interpretation” (2016). He is co-editor of “Henry VIII and his Afterlives: Literature, Politics and Art” (2009).

Rankin is editor of the journal Reformation and is principal investigator for a three-year National Endowment for the Humanities Scholarly Editions Grant on “The Independent Works of William Tyndale.”

He is completing a census of surviving copies of 16th-century editions of Foxe’s “Acts and Monuments” (the “Book of Martyrs”).