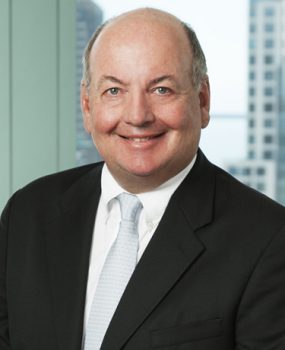 John D. Klinedinst, Founder and CEO of Klinedinst PC, has been named Winner for the 2017 Most Admired CEOs by the San Diego Business Journal. This marks the sixth time in the Award’s 10-year history that Mr. Klinedinst has been chosen as a finalist, and the second time he has been recognized as winner in the privately-held medium-size company category.

For the past decade, the Most Admired CEO Award has recognized San Diego leaders for their outstanding professional achievements and their contributions to the community. Honorees are selected for their determination and insight, as well as their track record for success. Most Admired CEOs are also recognized for their ability to inspire and take the lead in driving not only their businesses, but also the local economy.

Founded by Mr. Klinedinst in 1983, the law firm has seen incredible year-over-year growth. Most recently in 2015, Mr. Klinedinst and the firm’s shareholders launched the firm’s newest office in Seattle, Washington. With its first expansion outside of California, the firm has expanded to serve businesses from five offices across the Western United States.

“To be named a winner of this award is a true reflection of John’s leadership, business acumen, and entrepreneurial spirit,” noted Art Moreau, Shareholder and Chief Operating Officer. “Not only is he an incredible attorney, but a savvy businessperson. His leadership in the business of law affirms this recognition, and we truly congratulate him on receiving this award.”

Every year, the San Diego Business Journal conducts an extensive survey of San Diego firms to identify outstanding and highly-revered Chief Executive Officers. After collecting nominations for Most Admired CEOs, the San Diego Business Journal evaluates all submissions and then publishes its list of finalists for the award. Mr. Klinedinst was recognized as a Most Admired CEO finalist in the category for a Privately-Held Company.

Mr. Klinedinst was named winner at a special awards program and reception on June 15, 2017 at the Hilton San Diego/Del Mar.