“My desire to pursue an ETA owes itself to the amazing opportunities I have had to both learn and teach through a multicultural lens, both in Spain and the United States.” 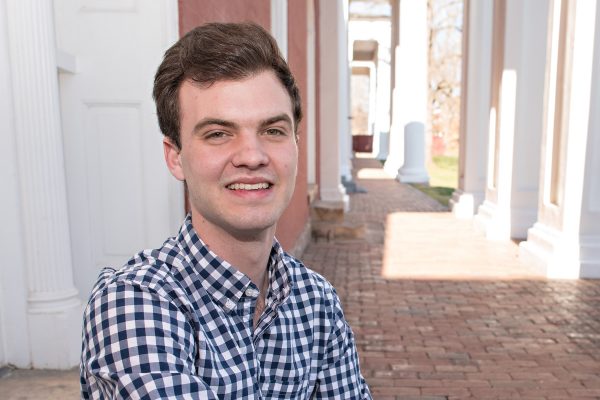 Washington and Lee University senior John Dannehl, of Atlanta, has been awarded a Fulbright English Teaching Assistantship (ETA) to Spain. He will be working in the La Rioja region of Spain.

“My desire to pursue an ETA owes itself to the amazing opportunities I have had to both learn and teach through a multicultural lens, both in Spain and the United States,” Dannehl said.

“The ETA in Spain will allow me to continue my lifelong passion of engaging in the rich diversity of Spanish life,” he continued, “becoming part of a community that will foster my personal growth through linguistic and cultural exchanges while teaching abroad.”

He has lived in Spain twice, as an exchange student in the small Mediterranean town of Segorbe and then as a mentor and English tutor in the Atlantic port city of Cádiz.

Dannehl has worked with professors and high school students at the University of Cádiz. His favorite experience was sharing opinions and engaging in cross-cultural interaction with not only Spaniards but also students from other European countries who were learning Spanish.

“By living in the diverse framework of Spanish culture, I learned that one of the best methods of teaching and transferring ideas is through active listening,” Dannehl said. “Through learning and working with passionate high school students in Segorbe and Cádiz, I realized that teaching should be centered on a conversation, one that appeals to the strengths and concerns of the individual.”

“John’s deep knowledge of the Spanish culture and his work experience with different universities in Spain and the U.S. makes him not only worthy of a Fulbright but demonstrates that he is an extraordinary model of a well-rounded global citizen,” said Antonio Reyes, associate professor of Spanish at W&L.

A geology and Spanish double major, Dannehl is a member of Phi Beta Kappa, the Outing Club, W&L’s chapter of American Association of Petroleum Geologists and the Alexander Hamilton Society. He is a tutor for W&L’s ESOL program, is certified as a wilderness first responder, a member of Pi Kappa Alpha fraternity and was on the Honor Roll and Dean’s List.

Dannehl conducted geologic research at the University of Minnesota for the Keck Geology Consortium and LacCore in 2016. He also was a student researcher during this academic year in the geology department, completing his geology thesis and then presenting it at the 2017 Geological Society of America Regional Conference. Also during this academic year, Dannehl has been a technology and learning specialist for Global Discovery Laboratories. He was also a translator, teacher and technical coordinator at Centro Superior de Lenguas Modernas de la Universidad de Cádiz in summer 2016.

“My time outside the classroom will be spent working on engaging the public in the form of a video blog about recent Spanish history, specifically the repercussions of the Franco dictatorship, on Spanish culture and politics in the 21st century,” Dannehl said. “I also would like to travel throughout different regions of Spain and gain a deepened insight into the nuances of the Franco dictatorship and the peoples’ thoughts on Spain’s young democracy.”

“I can’t envision anyone more capable and deserving of receiving a Fulbright. John exudes what a W&L Fulbright should be,” said Dick Kuettner, director of Global Discovery Laboratories at W&L. “If asked to describe him with descriptive adjectives, I would have to say serious, studious, motivated, disciplined and productive. I taught him language for two semesters and language acquisition theory and methodologies for one. His level of expectation for himself was as it should be for someone with vision – superior. John will be an excellent representative of W&L and the USA.”