On Thursday, September 18, John McCardell, vice chancellor of the University of the South and president emeritus of Middlebury College, will deliver the 2014 Hendricks Lecture in Law and History. The title of Dr. McCardell’s talk is “The Civil War and the Constitutions(s).”

The lecture will begin at 4:00 p.m. in the Stackhouse Theater, Elrod Commons on the campus of Washington and Lee University. The event is free and open to the public.

Dr. McCardell is a distinguished historian and respected national leader in liberal arts education. He is the author of “The Idea of a Southern Nation,” as well as many essays, chapters, articles, and book reviews. His specialty is U.S. history in the 19th century with special emphasis on the Old South and on American historiography.

A 1971 graduate of Washington and Lee University, Dr. McCardell did his graduate work at The Johns Hopkins University and then at Harvard University, where he received his Ph.D. in history in 1976. He joined the history faculty at Middlebury in 1976 and served as Middlebury’s president from 1992 until he stepped down in 2004. He was elected in January 2010 to be the University of the South’s 16th vice-chancellor.

Dr. McCardell served as chairman of the Division III Presidents’ Council of the NCAA in 2003-04 and led a successful, comprehensive reform effort. In 2007, Dr. McCardell founded Choose Responsibility, a nonprofit organization whose mission is to engage the public in informed and dispassionate debate about the effects of legislation mandating a legal drinking age of 21. In 2008 he co-sponsored the Amethyst Initiative, a statement signed by 135 college and university presidents that challenges the effectiveness of current drinking-age laws. 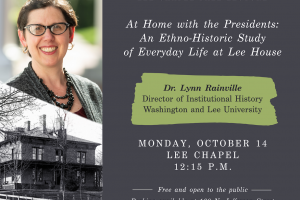