John R. Farmer ’61: Distinguished Citizen The award goes to to those who whose professional and humanitarian contributions and accomplishments are worthy of celebration. 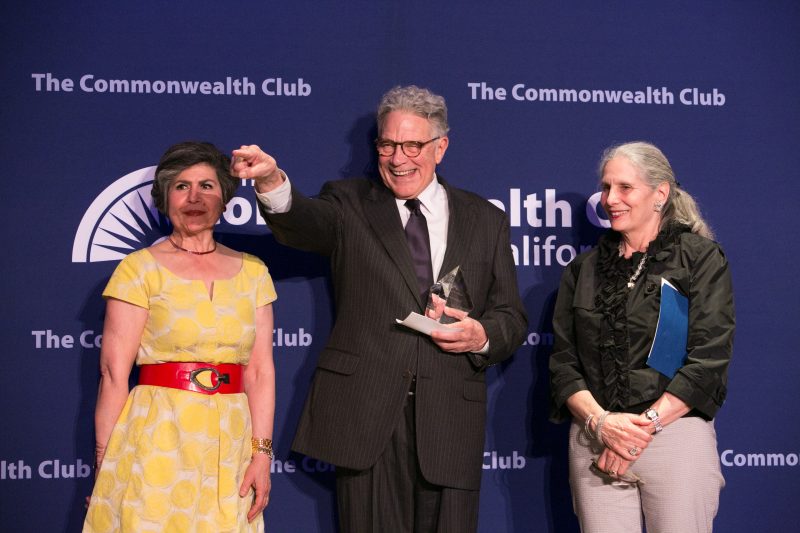 John F. Farmer, who graduated from Washington and Lee in 1961, received the 2017 Distinguished Citizen Award from The Commonwealth Club, in San Francisco, during its gala on March 3.

The Commonwealth Club presents the award to those who exemplify the ideals and values that have guided the organization for over a century, and whose professional and humanitarian contributions and accomplishments are worthy of celebration. The award also recognizes the qualities that make an individual’s life worthy of admiration: generosity, the ability to inspire, and their desire to make a difference in the world.

“In our current societal environment, the club’s role as a platform for free and open, non-partisan and well-informed debate is front and center,” said Dr. Gloria C. Duffy, president and CEO of the club. “We are thrilled to celebrate these distinguished citizens, each of whom is shaping our future in the Bay Area and beyond. Our annual gala is a celebration of these Distinguished Citizens who embody the goals and values of the club, as well as an opportunity to gather our community and our devoted network of supporters.”

John, who is the former chairman of The Commonwealth Club and a former general partner at Goldman Sachs, has spent his entire business and professional career in the investment banking and securities industry.

He has focused his public service endeavors on private education. While living in London, he spent 13 years as a trustee of The American School in London, serving 11 of those as chair of the board. He has also served as a trustee at W&L for 10 years and chaired the university’s successful capital campaign For the Rising Generation. He serves on the board of trustees of Occidental College, Los Angeles.

John and his wife, Tawna, have four children and eight grandchildren, and live in Tiburon, California.