When Washington and Lee University announced that most of the $100 million gift it received in June 2007 would establish a new scholarship program, Bill Hartog, W&L’s long-time dean of admissions and financial aid, knew things were going to change.

He had no idea just how much.

In September, W&L welcomed its fourth, and largest, class of Johnson Scholars — 53 students representing 31 states. With the Class of 2015 now on campus, there are 161 Johnson Scholars currently enrolled at Washington and Lee. That represents roughly 9 percent of the undergraduate student body.

By all measures, the first three classes of Johnson Scholars have had the kind of effect that the University anticipated, with a cumulative grade point average (GPA) of 3.642, with 25 of the recipients compiling GPAs above 3.9. Moreover, half of the inductees last year into both Phi Beta Kappa (the national academic honor society) and Omicron Delta Kappa (the national leadership honor society) were Johnson Scholars.

In addition to academic excellence, the Johnson Scholarship celebrates and develops leadership and integrity. And the impact, Hartog says, goes well beyond those numbers.

“We knew that this program would expand the applicant pool, and it has done that. One of the reasons that I had always hoped to have a named scholarship program, similar to the Jefferson Scholars at the University of Virginia or the Morehead-Cain Scholars at UNC-Chapel Hill, was the marketability of such a program,” said Hartog. “It has the ability to draw into the applicant pool a number of young people who otherwise would not have been there.”

The year the University announced the program, overall applications to W&L jumped by 40 percent. Much of that increase could be attributed directly to students applying for the Johnson Scholarships, which offer full tuition, room and board. This year, 68 percent of the entering class applied for a Johnson Scholarship.

At the same time, Hartog noted, the students who are attracted to the University by the program ultimately choose W&L for the same reasons students have always done so.

“The Johnson Scholarship has brought stronger and sometimes more needy students into the mix. It has brought us students from neighborhoods and backgrounds, schools and countries, where we have not been very successful in recruiting over the years,” said Hartog. “It’s true that a lot of the students are initially interested in the University because of the Johnson program. But when you examine their reasons for enrolling here, nothing has changed. Our message about our particular strengths is the same, but we’ve broadened the number of people who find the message appealing.”

Once these students arrive on campus, Hartog said, they give the same reasons for coming as did students 30 years ago. “They will invariably cite the Honor System, the strong academic program, the breadth of the curriculum that includes the combination of pre-professional and liberal arts, close faculty-student relationships, and the sense of community that they encounter here.”

What Hartog had not necessarily expected with the Johnson program was how it would move the University into a different competitive universe while, at the same time, driving up the amount of need-based financial aid that students receive.

“Those are two points that we underestimated,” said Hartog. “In the four years since the Johnson Program was announced, we have seen dramatic increases in the number of prospective students who request that their standardized test scores be sent to us and to Ivy League schools and other prestigious institutions.

Those are in addition to the institutions with which W&L continues to compete for prospective students — for example, the University of Virginia, William and Mary, Duke, Vanderbilt and Davidson.

“We deserve to be competing at this level,” Hartog said. “When you look at what Washington and Lee has to offer — its faculty, its programs, its students, its facilities, its surroundings — we have all the ingredients of the nation’s first-rate institutions. To me, competing with those perceived to be the very best is where we want to reside.”

The change in competition has also meant pressure on the budget, because the University wants to provide competitive financial-aid packages to those applicants who will receive the best packages from almost all the schools to which they apply.

One of the figures Hartog finds especially meaningful is the number of prospective students who initially became interested in W&L because of the Johnson Scholarship, who do not receive one of the awards, but who still enroll. As an example, for this latest class, from 2,161 applicants for the Johnson, W&L selected 210 as finalists. In addition to the 53 award-winners, 291 other members of the Class of 2015 were Johnson applicants.

“The only common denominator that runs through all those applicants is academic excellence,” Hartog said. “They come from all sorts of backgrounds. Many have financial need; many do not. Many are from quintessential middle-class households.” 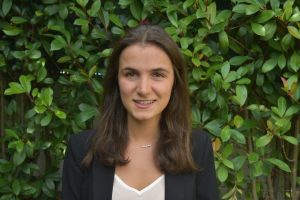 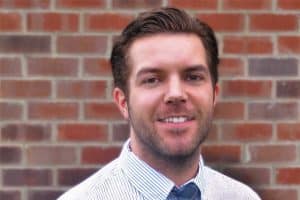