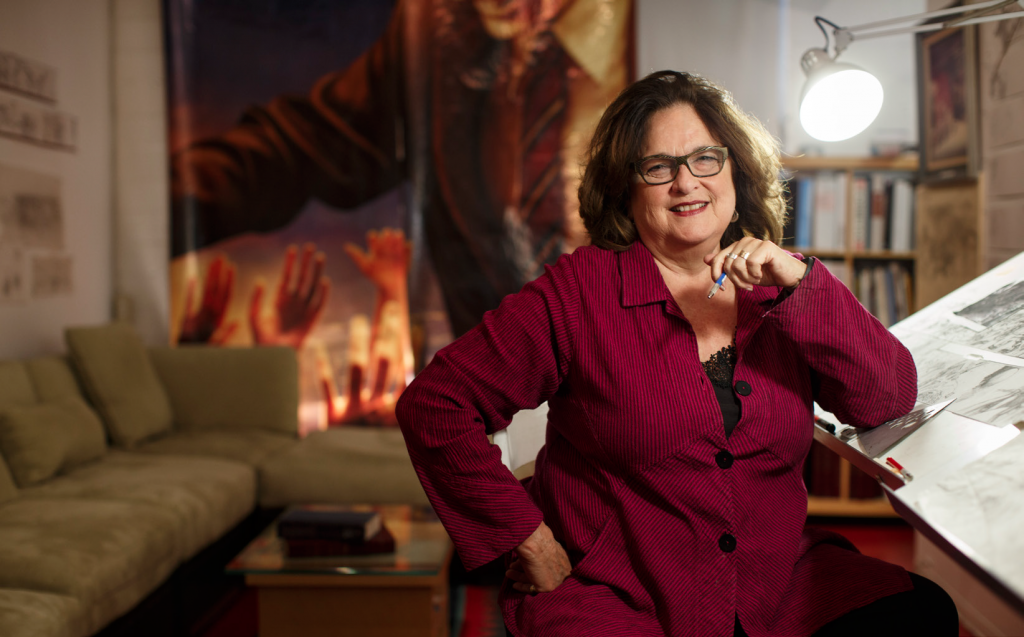 Judith F. Baca, painter, muralist, monument builder and scholar, will speak at Washington and Lee University on Nov. 29 at 5:30 p.m. in Wilson Hall Concert Hall. The title of her talk is “Imagining America: Sites of Public Memory.” It is free and open to the public.

Baca has been teaching art in the University of California system since 1984. She was the founder of the first City of Los Angeles Mural Program in 1974, which evolved into a community arts organization known as the Social and Public Art Resource Center (SPARC) which has been creating sites of public memory since 1976.

Baca continues to serve as SPARCs ar­tistic director and focuses her creative energy in the UCLA@SPARC Digital/Mural Lab, employing digital technol­ogy to create social justice art. Her public arts initiatives reflect the lives and concerns of pop­ulations that have been historically disenfranchised, including women, the working poor, youth, the elderly, LGBT and immigrant communities.

Underlying all of Baca’s and SPARC’S activities is the profound conviction that the voices of disenfranchised communities need to be heard and that the preservation of a vital commons is critical to a healthy civil society.

Baca’s talk is presented by the Center for International Education and the Andrew W. Mellon Foundation as part of the Borders and Their Human Impact lecture series. It is also made possible in part with support of The Pamela H. Simpson Endowment for Art, the Art and Art History Department, Latin American and Caribbean Studies Program (LACS) and the Center for Poetic Research (CPR).