Kamara Elected VP of African Literature Association Next year, he will serve as president of the association, which supports African writers around the world. 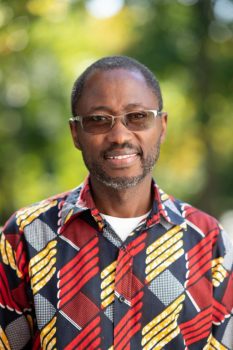 Mohamed Kamara, associate professor of Romance Languages at Washington and Lee University, has been elected vice president of the African Literature Association (ALA), an independent, nonprofit professional society that champions the work of African writers and artists.

Kamara teaches French courses in the Department of Romance Languages at W&L and is head of the university’s Africana Studies Program. He previously served as a member of the ALA’s executive council and as the organization’s treasurer. His election to vice president is a three-year commitment; next year, he will serve as president of the ALA, and the following year he will serve in the position of past president.

The ALA, which was founded in 1975, is made up of scholars, teachers and writers from countries all over the world who work to promote African literature and cultures. The organization also celebrates the relationship between African literature and activism. It holds essay and book competitions each year and presents awards at an annual conference. One of the biggest awards goes to an African writer who has contributed to the struggle for human rights and freedom of expression.

“To become vice president shows that your colleagues in the association value the work that you do,” Kamara said. “It is my favorite association, so I feel honored to have been nominated and elected.”