Katharine Agbenohevi ’22L Spent Her Summer with the U.S. Attorney’s Office in Salt Lake Although Agbenohevi was able to travel to Utah for her job, the COVID-19 pandemic still played a role in her experience working in the financial crimes division. 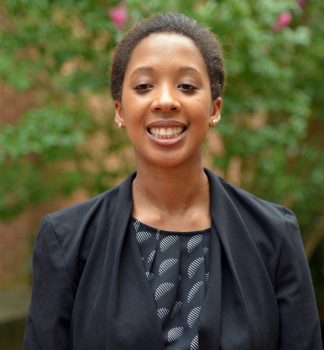 Katharine Agbenohevi’s interest in government work brought her to Salt Lake City this summer, where she interned for the U.S. Attorney’s office in the financial crimes division.

Unlike many other interns during this time, she went into the office every day, although the vast majority of attorneys that she worked with were operating remotely. Agbenohevi said that she had to be intentional about soliciting feedback for projects, since impromptu office chats weren’t always possible with this arrangement.

In the financial crimes division, a lot of the research she did involved money laundering. Her criminal law class during 1L year was important for that work, as was her contracts class.

“Contracts was helpful because of the nature of what white collar crime deals with,” she explained, “like making specific promises and not keeping up with the bargain.”

Because coronavirus cases continued to spike, she didn’t have an opportunity to go to court, participating in Zoom hearings instead.

“I think it was a little bit of a trial and error for everyone, but as the summer went on it improved,” she said.

Agbenohevi also had the opportunity to help with a Grand Jury hearing, which she described as a typically “secretive and locked down process,” whereby a minimum of 18 jurors determine whether or not attorneys have the green light to press charges.

Along with another intern, she created a video that explained to the attorneys how COVID-19 had changed normal grand jury procedures.

Other cases she worked on centered around compassionate release during the pandemic.

“There are criminals who are in jail who have already served “X” amount of time and don’t want to catch COVID—elderly inmates or people with underlying conditions,” Agbenohevi explained.

Most of the compassionate release cases that she observed were successful from the inmate’s point of view, because with white collar criminal cases, Agbenohevi explained, many of the inmates aren’t seen as a danger to society, so the risk of release isn’t great.

Even though she typically would have had lunch with judges every week as a part of the internship program, she still got to participate in an amended version of that plan. The chief judge of the Tenth Circuit gave her a tour of the federal court house, and she had lunch with one Utah state supreme court justice who shared some of her interests.

During the summer, Agbenohevi said that she has “warmed up,” to the idea of being a prosecutor.

“It does seem like there’s quite a bit of work to be done as a prosecutor, in terms of working on the injustices in the criminal justice system,” she said. “It’s important to have diverse prosecutors.” 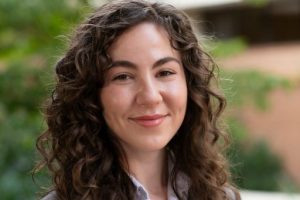