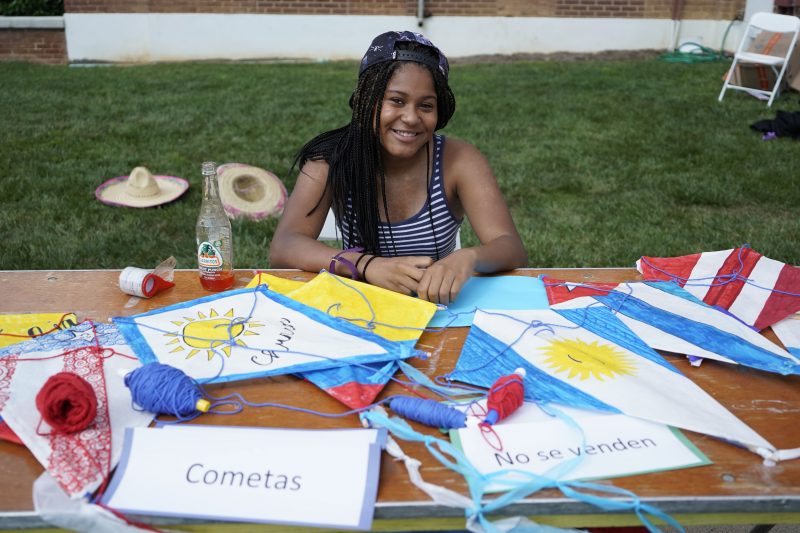 The International Fair, pictured here, is an event held during the World Language Academies in normal years; because of COVID-19, this year’s academies went virtual.

If you’re on the Washington and Lee University campus during a typical summer, you’re likely to run into groups of teenagers who look very much like prospective college students.

And they’ll happily observe the Speaking Tradition—just not in English.

Those students are attending one of the three Virginia Governor’s World Language Academies that call W&L home each year, with high schoolers from across the Commonwealth congregating on campus across three weeks in late June and early July for a total-immersion experience in French, German or Spanish. Students are required to speak in their language of study for the duration of the program.

Even though most W&L facilities have been restricted or closed altogether this summer due to the COVID-19 pandemic, the university still hosted the programs – this time in a virtual setting.

Dick Kuettner came to W&L in the spring of 1989, and his myriad university roles have included teaching courses in French, Spanish and education studies and overseeing the Global Discovery Laboratories. He’s also coordinated the language academies since 2011, when the French program moved to campus. (The Spanish and German academies followed in 2012.)

Each of the three academies has a director, teachers and college-aged mentors, some of whom come from the W&L community and some from elsewhere in Virginia. Overall, the three academies combine to bring 165 high school students and roughly 35-40 staff to Lexington each year.

The programs are sponsored by the state’s Department of Education, which covers most of the operating expenses. In serving as the host institution, W&L provides the use of its facilities – including residence halls, dining facilities, classrooms and athletic fields – and university departments are utilized to plan and put on the academies each year.

The relationship between W&L and the language academies has flourished over the past decade.

“We feel that it’s been very, very successful for the individuals who attend, plus the Department of Education, plus the governor’s office,” Kuettner said. “I think it’s good for the university, because we have a lot more exposure across the state – and across the world now – because of this particular program.” 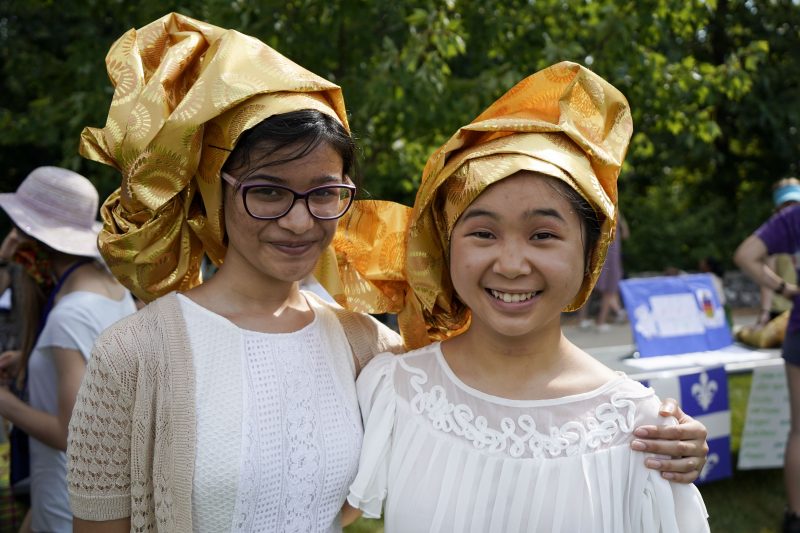 Beyond the general boost to the university’s profile, the academies have also doubled as a direct recruiting tool. David Gálvez ’22, a native of The Plains, Virginia, was introduced to W&L when he attended the French academy in 2016. He returned to the program as a language mentor last year and served in that role again for the online academy this summer.

“I consider [the academy] as my first college experience when I was a high school student, because, at the age of 16, I had the opportunity to live on campus and benefit from everything it had to offer,” Gálvez said. “That, to me, is incredible advertisement.”

So how, exactly, did language immersion translate to Zoom sessions in 2020?

The background work started months in advance, when it became apparent that on-campus programming wouldn’t be feasible. Kuettner praised the assistance of multiple university departments, from ITS and the Business Office to Human Resources and the Office of General Counsel. The University Store was even called upon to ship instructional materials to the students’ homes.

Kuettner and the individual directors also recognized that nonstop screen time wouldn’t be beneficial. Instead, they reduced the length of the academies to two weeks – the programs ran from June 22-July 3 – and aimed for six to seven hours of structured classes each weekday. Each of the three academies had both a teacher and a mentor dedicated to serving as what Kuettner called “technology gurus.”

Voluntary activities were also available in the evenings and on weekends, including a German academy talent show and an “international festival” that allowed students from all three programs to interact.

Javier Buenadicha, who just finished up a five-year stint as a visiting Spanish instructor at W&L, worked as the Spanish academy director in 2019 and 2020. He expressed his admiration for the way that everyone adjusted to moving online this summer.

“We had to transform the program in a very deep way, from the duration to the concept of full immersion itself,” Buenadicha said. “I was very lucky to have such a fantastic staff, and both teachers and language mentors worked very well and made things possible.”

Some of the normal activities, like theater and athletics, understandably fell by the wayside. But others were able to continue, including remotely recorded radio programs on the campus station, WLUR. Hour-long radio blocks – 20 minutes from each academy – have been a part of the academies since 2016, allowing students to practice their language skills and to display their progress over the duration of the academy. 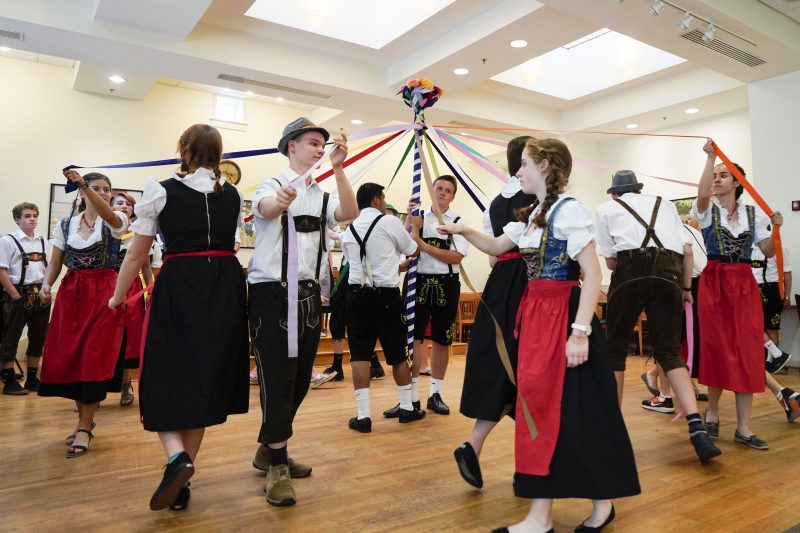 During normal summers, students participate in activities like this Vienna Cafe dance. This year, because of COVID-19, students did virtual classes and voluntary activities on their own.

The attendees, most of whom are rising high school seniors, still made great strides in language proficiency this year – a chief goal of the academies, which bring in public, private and home-schooled students from all corners of Virginia.

Gálvez, a Romance languages major with a minor in education policy, hopes to pursue a career in the field of world language education. His experiences as both an academy student and mentor seem to have reinforced that vision.

“Having lived it firsthand as a student and staff, I know to be certain that the French language academy was for me, and is today, a beneficial experience,” Gálvez said.

With nine years of successful on-campus instruction – and, after 2020, proof that W&L can conduct effective academies even in a virtual environment – program leaders hope to see the university continue its partnership with the state DOE.

“I absolutely love the academy,” Buenadicha said. “The university has always been willing to do anything for us.”

Kuettner wholeheartedly endorsed that sentiment. “I feel that W&L’s been really good to the program,” he said. “Everything that I’ve asked for, I’ve never been denied. It’s a phenomenal program, but it’s a phenomenal school.”