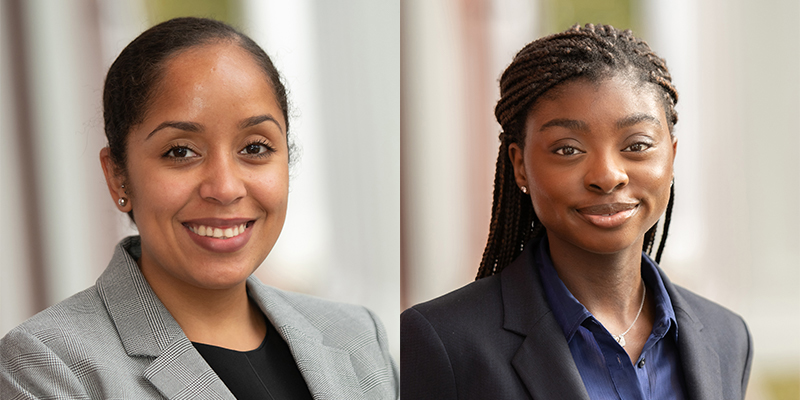 “We initially wrote a brief for the wrong side,” Shahadat explained. They figured out what they’d done only two days before the deadline and had to rush to finish it, putting in some work on Christmas day.

“I’ve put so much time and effort into writing briefs in the past,” Shahadat said, “and I’ve never won a brief award; at that point, ‘Best Brief’ was not in my mind—we were just going to get it done.”

The second issue was about the kind of medical care that prisons are responsible for providing to their inmates.

“This issue was about transgender inmates being denied or granted sexual reassignment surgery when it’s at the level of being a serious medical need,” Shahadat explained.

As 3Ls, it was their last time arguing in a competition.

“For both of us, this was the culmination of our moot court careers,” Akinmola stressed. “I don’t think I realized I loved it until I had to do it for the last time.”

For Shahadat, moot court has been one of the highlights of law school.

“I learned very early on in my law school career that moot court was essentially my spark,” she said. “I really enjoy breaking down a complex problem.”

The BLSA moot court competition specifically was especially meaningful, Shahadat added, because it was “an opportunity to spend a week surrounded by black excellence.”

“We all know representation matters, and when you are seeing representation at such a high level, and they all look like you, it’s really empowering.”

Akinmola and Shahadat had never been partners in a competition before, but they are sure that their underlying friendship helped them achieve this success.

“We never worried about being polite,” Akinmola said. “We were a sassy team.”

Akinmola also said that she has become more assertive while participating in moot court competitions generally—and while working with Shahadat specifically. She noticed herself becoming stronger and more confrontational, but at the same time, more relaxed.

She remembered talking with W&L Law alumni Junior Ndlouv ‘20L, who was also a successful oral advocate, about moot court.

“After watching him compete, I told him, ‘I could never do that.’ And he said ‘No, it’s just a conversation,’” Akinmola said. “It’s becoming easy to me.” 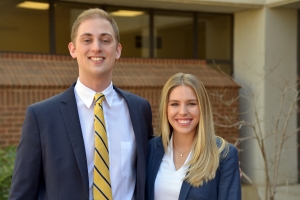