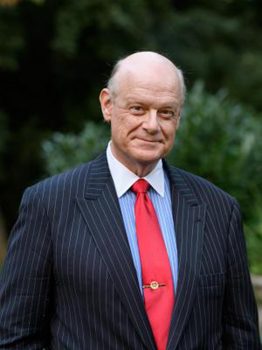 Allen C. Guelzo, a senior research scholar in the Council of the Humanities and director of the Initiative on Politics and Statesmanship in the James Madison Program at Princeton University, will deliver Lee Chapel’s fall lecture virtually on Oct. 12 at 6:30 p.m.

The event, which is open to the public to view via livestream, is titled “The Mystery of Robert E. Lee.” The conversation is free to watch online at go.wlu.edu/Mystery-of-Robert-E-Lee.

Guelzo is a scholar of American history whose writings have been recognized as among the most important contributions to scholarly and public understanding of 19th-century America. His book “Abraham Lincoln: Redeemer President” received the 2000 Lincoln Prize and the 2000 Book Prize of the Abraham Institute of the Mid-Atlantic. Two of his subsequent books – “Lincoln’s Emancipation Proclamation: The End of Slavery in America Emancipation” and “Gettysburg: The Last Invasion” – also received the Lincoln Prize in 2005 and 2013, respectively. Guelzo is also a leading authority on the life and thought of Jonathan Edwards, an 18th-century American revivalist preacher who is widely regarded as one of America’s most important philosophical theologians.

“Professor Guelzo is finishing up a biography of Robert E. Lee,” said Lynn Rainville, director of institutional history at W&L. “Given the local and national discussions around Lee and his legacy, this one-hour Q&A on the 150th-anniversary of Lee’s death will give our community an advance opportunity to hear new insights that Guelzo has gained into the former president of Washington College.”

A winner of the 2018 Bradley Prize, Guelzo earned his doctorate degree in history from the University of Pennsylvania. He also holds an honorary doctorate of history from Lincoln College.