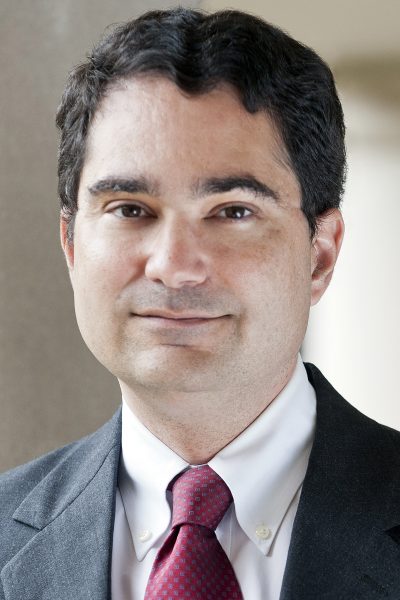 On Friday, Sept. 29 at noon in the Millhiser Moot Court Room, distinguished legal historian Alfred Brophy, the D. Paul Jones Professor of Law at the University of Alabama, will deliver a lecture at Washington and Lee School of Law titled “Debating Slavery and Freedom at Washington College 1831-1861.”

In his talk, Prof. Brophy will discuss the ideas about law and constitutionalism at Washington College—and in Lexington more generally — in the thirty years leading into Civil War. He details the shift from Enlightenment ideas about freedom —even if circumscribed by economic reality — to the reluctant embrace of slavery, because it was part of the Constitution.

In contrast with Virginia Military Institute, where pro-slavery and pro-secession ideas were more prevalent, Brophy argues that at Washington College there were a wide range of ideas related to Union, slavery, utility, sentiment, Republicanism, and constitutionalism.  He says Washington College and Lexington emerge as important formulators of the Southern response to changes in the United States in the years leading into Civil War, as Southerners discussed the mandates of jurisprudence and constitutionalism and the future of slavery and Union.

Prof. Brophy’s lecture is part of a yearlong series, “Washington and Lee: Education and History,” during which the university will bring over a dozen intellectuals, scholars and writers to campus to talk about history, how educational institutions interact with history, and what a university’s responsibilities are to history.

Prof. Brophy scholarship ranges from property, trusts and estates to race in colonial, antebellum, and early Twentieth Century America. He is currently working on a book about the idea of equality in early twentieth century African American thought and its influence on the Civil Rights Movement, titled “Reading the Great Constitutional Dream Book: The Black Origins of Brown.”  In addition, he is co-editing a volume on slavery and universities.

Before entering teaching in 1994, Prof. Brophy was a law clerk to Judge John Butzner of the United States Court of Appeals (Fourth Circuit), practiced law with Skadden, Arps, Slate, Meagher & Flom in New York, and was a Mellon Fellow in the Humanities at Harvard University.