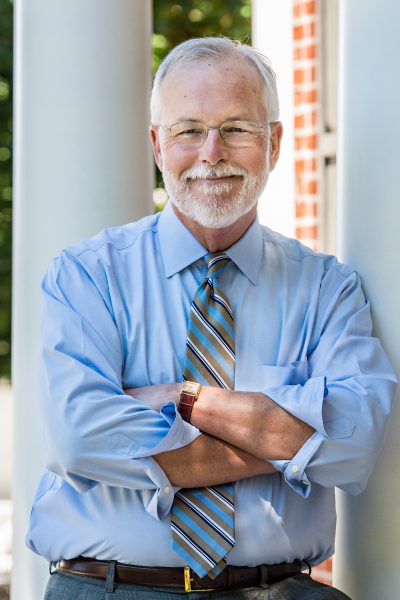 Lex told the Berks Community Television website, “I am delighted and deeply honored to be recognized by the professionals who do the noble work of fundraising for worthwhile organizations all across our community. They know very well that successful fundraising is a team sport. Whatever I have achieved in my career is due in large part to wonderful colleagues who have been my partners in giving others the opportunity to become philanthropists by sharing generously of their time, talent, and treasure.”

Lex has been the president of Albright since 2005. Through his considerable fundraising experience, he helped the college raise $43 million, exceeding its goal by $8 million. The second and current campaign, That Their Light May Shine: The Campaign for Albright College, is expected to surpass its $55 million goal.

Under his leadership, the school has built two state-of-the-art facilities, the Science Center and the Schumo Center for Fitness and Well-Being, and has also created the technologically advanced, 30,000-square-foot John K. Roessner III ’61 Hall: The Center for Business and Civic Leadership.

Lex serves on the President’s Council and Joint Legislative Steering Committee of the National Collegiate Athletic Association, and is a member of the advisory council of the Association of American Colleges and Universities’ Wye Seminars. He is a former member of the boards of the Council of Independent Colleges, the Association of Independent Colleges and Universities of Pennsylvania, and the United Way of Berks County. He also formerly chaired the Higher Education Consortium of Berks County and the Middle Atlantic Conference.

Prior to joining Albright, Lex served as vice president for college relations at Gettysburg College and worked in the Advancement Office at W&L and at Randolph-Macon College.