Licensed to Hack Cory Walker ’15, who graduated from James Madison University with her master’s in computer science and digital forensics, works in cyber security with the government.

“Cyber security is a surprisingly vast field. There is much more to computers than I had even realized as an undergraduate computer science major, and so much that can be learned about the people that use them.” 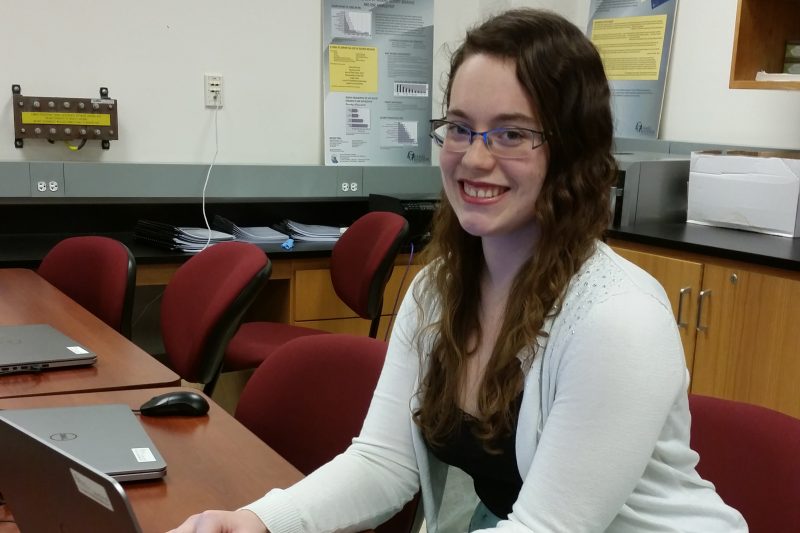 Cory Walker ’15 cannot actually tell us what her job is — except that it is with the government — which is exactly what makes it so interesting. Walker graduated from James Madison University in May with her master’s in computer science and digital forensics. Through the CyberCorps: Scholarship for Service program, Walker’s tuition was fully covered, and she received a salary each year she was in school.

Well for Walker, it is a very exciting catch. During the summers between school years and for the two years after her graduation, Walker is committed to working in cyber security with the government.

Where exactly? She can’t say because it involves handling very sensitive information, but she did say it is a “prominent government agency.”

“Cyber security is a surprisingly vast field. There is much more to computers than I had even realized as an undergraduate computer science major, and so much that can be learned about the people that use them.”

While at W&L, Walker majored in computer science and minored in music. She said this combination let her have fun and occasionally take a break from looking at a computer screen.

“My music minor was a totally different world. Most days I would be running from the science center to Lenfest to get to class.”

Walker says she learned several skills while at W&L.

“Because it’s a liberal arts school I didn’t just learn things in my field, I assimilated a breadth of information, which has been a huge help.”

Time management is an important skill that Walker acquired at W&L.

“I wasn’t just taking classes. I was working two jobs, playing in the wind ensemble and jazz band,” Walker said. “It’s not even unique to me. Everyone there is busy. Once you get through that, nothing is impossible.”

In addition to wind ensemble and jazz band, Walker took saxophone lessons and performed in the pit for W&L musicals. She worked at the ITS help desk and backstage with the music department during W&L performances.

Walker offers this advice for students: “If you’re as busy as I was, don’t be afraid to take some time for yourself. If you feel like you’re going crazy because you’re doing too much, then you probably are. It’s great to be involved in all your passions, but you also have to make sure you don’t get burned out.”

She also said that W&L is an accepting place.

“In the first year or two I was an independent, I was worried that I didn’t fit in. But I never should have worried. W&L is a great community. You’re going to make friends, and it’s going to be okay.”

Some of Walker’s favorite memories of W&L are performing in the pit orchestra for the musicals “Cabaret” and “Spamalot” her freshman and senior years, respectively. She said, “The first is an exciting and impactful musical with a very serious message. It is set in Nazi Germany, right before the Holocaust. The pit was dressed in Holocaust uniforms, and the play ended with me and the rest of the pit being marched off to the gas chambers. The second is a fun, silly, and over-the-top musical that is the well-known play adaptation of Monty Python’s Search for the Holy Grail.” Both had lasting impact on her life.

“W&L offers consistently world-class musical productions. And helping bring these stories to life really makes their messages stick. ‘Cabaret’ was one of the first things to really, truly make me care about current events. Now that I am in cyber security, I especially appreciate that I have not been turning a blind eye to what is happening in the world. And then, I like to think that ‘Spamalot’ taught me not to take myself too seriously, and to remember to keep dramatically looking up.”

These are things I may never have experienced in other universities, sitting in a computer lab,” she added. “To me, this is what makes a science degree at a liberal arts university so fantastic. It really taught me that you can have fun anywhere if you have the right attitude. You don’t have to be partying all the time.”

Walker says there are more jobs in cyber security than there are people to take those jobs. It’s a changing and important field, and she encourages interested students to take computer science courses at W&L.