‘Living Honestly’ Ten years after helping found the LGBTQ Resource Center at W&L, Chris Washnock ’12 has carried its community-building lessons into a career in faith-based advocacy. 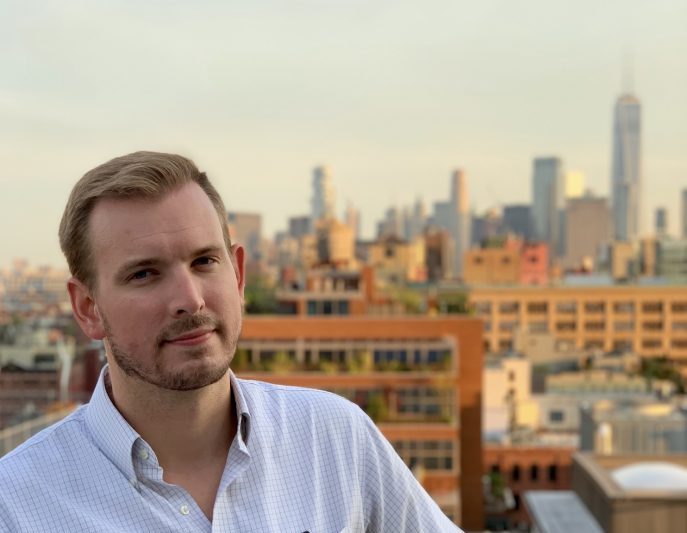 “Living honestly, living openly, being in community were all really important things to me, and some themes that I still carry with me now.”

When Chris Washnock ’12 arrived on the Washington and Lee University campus, he was a little nervous about how he would be received. Drawn to the school by stories from alumni in his hometown of Greenville, South Carolina, he relished the opportunity to compete on the swim team and the promise of the Honor System and the liberal arts tradition. W&L, he knew, held enormous potential to shape his character. But it was 2008 and he was openly gay, and finding acceptance of that fact could be difficult.

“It was a different time,” he noted, “and I wasn’t sure how I would be received on campus. But the network of LGBTQ students that we had, the swim team, the faculty support and the mentors that I found along the way were great.”

Welcomed into the campus LGBTQ community, Washnock found it was one of W&L’s most diverse and that there was a strong connection between LGBTQ undergrads and LGBTQ law students. He also considers himself fortunate to have taken Gay and Lesbian History in the United States from the late Ted DeLaney ’85 during his first semester.

“It was really a great way to start off my Washington and Lee career, and Professor DeLaney became a friend and sort of mentor over my next few years. I think LGBTQ students really found him to be a welcoming presence and a strong resource. I don’t think I would have had the confidence I did my first year to live openly without Professor DeLaney.”

Washnock thrived at W&L, setting records on the swim team, excelling academically and double-majoring in Spanish and religion. He also helped reinvent and rebrand what was then known as the Gay-Straight Alliance, and he helped found the LGBTQ Resource Center, which recently celebrated its 10th anniversary.

After graduation, Washnock took his interest in religion to Yale Divinity School for a master’s degree. From there he has worked at the intersection of religion, advocacy and policy, including in his current position as strategic projects officer for Trinity Church Wall Street, which has a long and storied history — from hosting George Washington during his presidency to serving as a physical and spiritual refuge for World Trade Center site workers after 9/11 — and a global philanthropic reach.

The work includes making grants that benefit LGBTQ people in New York City as well as providing support for vulnerable and marginalized groups around the world.

“From my office I can see past the Trinity Church steeple down Wall Street to the river. There are always two flags on either side of the church. During the month of June [LGBTQ Pride Month], the Pride flag went up, and it was just great to look out the window and see the flag right next to the steeple. It just felt like a wonderful framing for the way that things could be.

“On the cover of my honors thesis at W&L, I chose a photo of St. Patrick’s Cathedral in midtown Manhattan, surrounded by all these buildings, to say, ‘Here’s religion’s place in the center of American public life, American commerce.’ And now just outside my window downtown is essentially the same scene. It feels like whatever I started at W&L in the Religion Department is coming to fruition.” 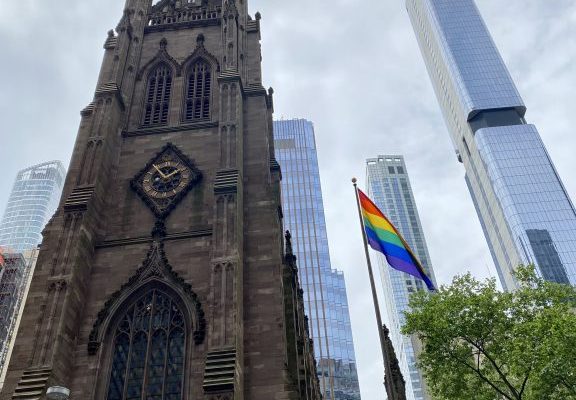