MacArthur Fellow Jeff Weeks to Speak on “The Shape of Space”

“When we look out on a clear night, the universe seems infinite. Yet this infinity might be an illusion.” 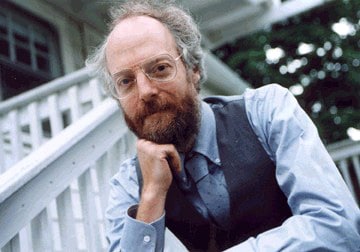 MacArthur Fellow Jeff Weeks, a geometer, cosmologist and educator, will give a lecture at Washington and Lee University on March 8 at 5 p.m. in the Stackhouse Theater at Elrod Commons.

Weeks will speak about “The Shape of Space.” It is free and open to middle and high school students, W&L students and faculty, and all members of the greater Lexington community.

About his talk, Weeks said, “When we look out on a clear night, the universe seems infinite. Yet this infinity might be an illusion. During the first half of the presentation, I will use computer games to introduce the concept of a multi connected universe. Then we’ll look at interactive 3D graphics that will take the viewer on a tour of several possible shapes for space. Finally, we’ll see how satellite data provide tantalizing clues to the true shape of our universe. The only prerequisites for this talk are curiosity and imagination.”

Weeks won his fellowship for his contributions to our understanding of the shape of the universe. In 2007, he won the American Mathematics Society’s (AMS) Levi L. Conant Prize for his paper, “The Poincaré Dodecahedral Space and the Mystery of the Missing Fluctuations,” which was published in the Notices of the AMS (2004).

Weeks is particularly interested in using topology to understand the spatial universe. His book “The Shape of Space: How to Visualize Surfaces and Three-dimensional Manifolds” explores the geometry and topology of low-dimensional manifolds (1985). The second edition (2002), explains some of his work in applying the material to cosmology.

He has taught at Stockton State College, Ithaca College and Middlebury College, but has spent much of his time as a free-lance mathematician.