Made to Order Ledbury co-owner Paul Trible ’03 designed a hunting shirt that's made to last. 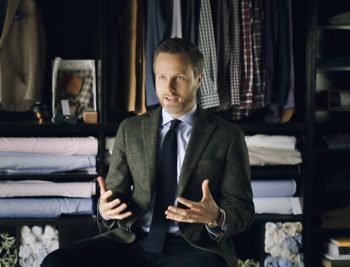 Just in time for your holiday shopping, Virginia Living announced its Made in Virginia 2017 Awards. Ledbury co-owner Paul Trible III ’03 made the list for his Whitfield Hunting shirt, named for his niece who was born the day the shirt was launched.

Trible, who began making bespoke shirts in 2009, is an avid hunter and relied on feedback from his friends on the shirt’s design.

They told him “to keep it simple and to reinforce it in the places that matter.” He added: “I shoot with my grandfather’s Browning Belgium rifle. My bird jacket was passed down from my wife’s grandfather. I wanted to create a hunting shirt, made by hand in our workshop, that I would be proud to pass down to future generations.”