Making Space for Women Ali Greenberg ’13 has opened a flexible workspace and social club in Richmond that emphasizes community for women and gender minorities. 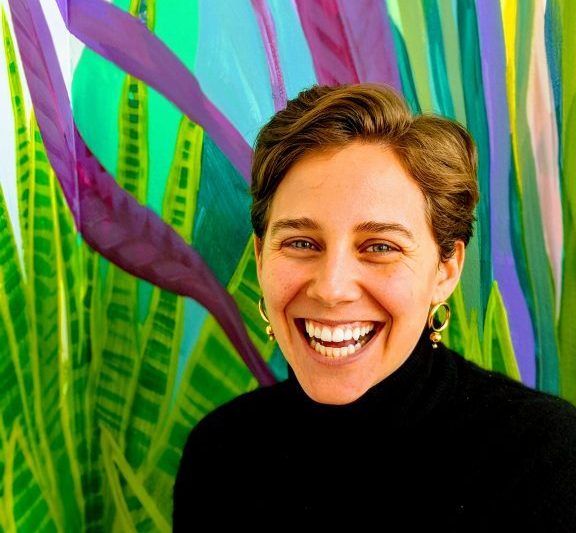 “I believe in representation. You can’t be what you can’t see.”

Ali Greenberg ’13 believes in community. Growing up, she moved a lot, living in such places as Oregon, Philadelphia and Tampa. When she needed a break from ad agency work in New York City, she moved to Italy for three months and worked on a farm.

Through her travels and work experiences, Greenberg has honed a sense for the importance of connectedness that she brought to her newest venture in Richmond, Virginia — a flexible workspace and social club for women and gender minorities that emphasizes community. It opened in February 2018.

From the rotating exhibits featuring the work of local women artists, to the light fixtures, woodworking, background music and even the coffee served in the kitchen, the space features the work of women and is representative of what Greenberg found in her new city.

“I believe in representation,” she said. “You can’t be what you can’t see.”

When Greenberg graduated from Washington and Lee, she moved to New York City and found her niche at small- and medium-sized ad agencies. She developed into a brand strategist, conducting research to connect clients with the creative side of the agencies. Her job, she said, was to “take an interdisciplinary view – take input, expand and synthesize it, and give it to the creative team.”

By working at smaller agencies, she often worked side by side with chief marketing officers and on several accounts at once. “I learned about new businesses every week. I was able to explore and expand what I knew about the world.”

When she returned to the U.S. from Italy, Greenberg used her research skills to find a new home. She took road trips to Nashville, Birmingham and Washington, D.C. “I fell in love with Richmond,” she said. “It is entrepreneurial and on the rise.” She sees an opportunity to help shape Richmond’s future.

Greenberg continues to work on a freelance basis for agencies in New York and has developed a consulting business in Richmond, advising both start-ups that need brand strategy and major corporations headquartered in the city.

While her goal is to develop a more robust consultancy, her focus since early 2018 has been on getting The Broad up and running. She had seen similar spaces in other cities and saw a need in Richmond for a flexible work space that could also serve as a space for women and gender minorities to meet, connect and learn.

What the city offered in flexible work arrangements, “was not representative of my interests,” she said. “I wanted to create a space to connect more authentically.” She self-financed the venture, located in the heart of the city, and conducted a membership campaign before opening.

The Broad opened with 140 members, and although Greenberg doesn’t have a definite goal in mind, she currently has 175 members and will re-evaluate when membership hits 300. Rather than attaining a specific number, Greenberg wants to create a community that has impact and strength and differs from other spaces.

In addition to the design of the space — by and for women of Richmond — she points to the numerous programming opportunities as a point of difference. The Broad sponsors panel discussions, lectures and workshops, including a recent program that featured the first-year women in the state’s General Assembly. Regular yoga classes are a part of the membership, and a lawyer holds weekly office hours at The Broad as a resource for members. A recent workshop on how hair has been politicized in the workplace brought 80 women to The Broad, including high school students, retirees and others representative of the city. A blood drive and more panel discussions are in the works.

There has been some online criticism of her business focus on a female audience, but most responses “have been overwhelmingly positive,” Greenberg said. The Broad “is making space for those who haven’t had it before. Criticism is proof that a space like this is needed.”

At W&L, Greenberg double majored in global politics and Spanish and double minored in poverty studies and Latin American and Caribbean studies. She found the university’s liberal arts education to be the “foundation for everything” by providing her with critical thinking skills.

Greenberg went to high school in Blacksburg, Virginia, but didn’t know too much about W&L. Since it was close, she visited and was struck by the beauty of the campus and the opportunity to explore her academic interests. She chose W&L over NYU because, “I wanted to go to college, not just to class.”

Opportunities at W&L included a spring term in Ghana and summer research with her advisor, Tyler Dickovick, professor of politics, “an unparalleled teacher who taught me how to learn and think.” Andrea Lepage, associate professor of art history, and Ellen Mayock, professor of Spanish, helped her meld her interests and provided role models of strong women.

Greenberg honed her leadership skills at W&L, serving on the steering committee for Mock Convention and as a member of the Panhellenic Council. She also was an admissions tour guide and worked in the admissions office for four years.

Greenberg sees her future as continuing to expand the impact of The Broad. That could manifest in many ways – “socially and financially” – she said. The Broad could possibly serve as a seed fund or business incubator and a place for economic and social change.

“Personally, I want to keep learning and to be a part of Richmond – to keep the city moving forward,” she said.