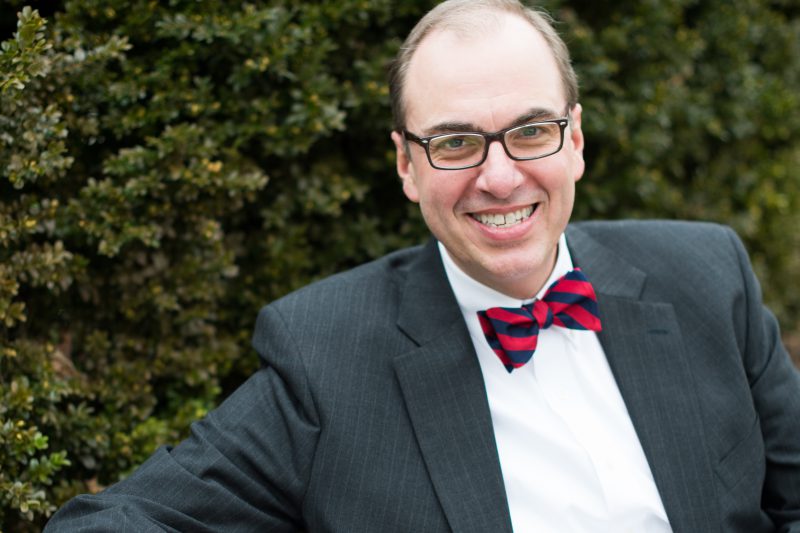 As a student assistant for the Washington and Lee Office of University Development, Mark Eastham ’84 spent a lot of time delivering correspondence between offices around campus — most memorably to the office of President Robert E. R.  Huntley ’50, ’57L.

“President Huntley exuded leadership, and he was always the consummate gentleman,” said Eastham, “something I began to aspire to.” Eastham, now head of school at Stuart Hall School in Staunton, Virginia, said that because he visited practically every office on campus, he had a bird’s-eye view into the inner workings of the University, which has helped him in his current role. “I really believe that no opportunity in life is wasted.”

Eastham, who also holds a master of education degree from the University of Virginia, graduated from W&L with a degree in journalism and a teaching certificate, but he didn’t know exactly what he wanted to do. One day following graduation, his parents received a call from John Jennings, professor of journalism at W&L, who wanted to pass along a job tip. They put him in touch with Eastham, and Jennings encouraged him to apply for a position as director of publications at Episcopal High School, in Alexandria, Virginia.

He got the job, and his life’s career in independent school leadership began. “I am forever grateful to Dr. Jennings for going above and beyond like that for me,” said Eastham. “That one small act of kindness changed the course of my life and serves as a model for how I interact with my students today.”

That position led to his next career opportunity, as annual fund director at Episcopal. He then was promoted to associate director of development. He credits the W&L alumni and development staff — especially Farris Hotchkiss, Jim Farrar Sr. and Carter McNeese — with helping him understand the importance of development and becoming “a life-long donor.” From interacting with those mentors, he learned that all employees of a university or school, not just those who teach, have an impact on students.

Eastham’s next opportunity came at St. Margaret’s School in Tappahannock, Virginia, where he worked as assistant headmaster and director of development. During his five years there, he ran a successful capital campaign to fund a new dining hall and science building.

His daughter was a student at nearby Aylett Country Day School, and officials there sought him out as their headmaster, a job he held for the next four years.

Now head of school at Stuart Hall, Eastham is putting together all the pieces of his education and experience to move the school forward in some dramatic ways. Founded more than 170 years ago, the one-time girls’ boarding school faced the need to change in order to survive. One of the most significant changes occurred under Eastham’s leadership in 2007, when the school merged with Hunter McGuire School in Verona, just north of Staunton, making Stuart Hall a PreK–12, coed institution. Last year, boys were added to the boarding program, and the school now serves more than 70 boarders from around the world and 240 students from throughout the Shenandoah Valley.

A newly funded endowment, a balanced budget, facilities upgrades and new programming, including a math-science emphasis program, are other advances he has overseen. “We’re a much stronger and more sustainable school now,” said Eastham. “We’re proud of our growth.”

The school also partners with nearby Mary Baldwin College and James Madison University and has an ongoing relationship with Washington and Lee. W&L Vice President for Advancement Dennis Cross and Provost Daniel Wubah both serve on the school’s board and have had children attend the school. “It is as if things have come full circle for me and my relationship with Washington and Lee,” Eastham said.

Seeing the students every day motivates Eastham to keep the school moving. “Even on a hard day, I can walk out of my office and see why I do what I do,” he said. “There is never a day that I don’t want to come to school. Interacting with the students is phenomenal.”

Eastham’s wife, Kathy, attended all four Fancy Dress Balls at W&L with him. They now have two daughters: Katherine, who graduated from Stuart Hall and Virginia Tech and works in Richmond, and Caroline, a sophomore at Stuart Hall. The family is active in their church and community, and Eastham spends a lot of time traveling to visit Stuart Hall alumni. He is a former member of the board of the Virginia Association of Independent Schools.

All those years after interacting with President Huntley (who has two grandsons attending Stuart Hall and two daughters who work there), Eastham is now living his dream and passing along the values he learned at W&L. “Everyone at W&L had such high standards. They asked so much of me, especially to think critically, to express myself clearly and to care deeply.” That’s exactly what he wants for his students at Stuart Hall.