Jake Reeves Jake Reeves serves as an assistant director of inclusion and engagement for LGBTQ+ support. 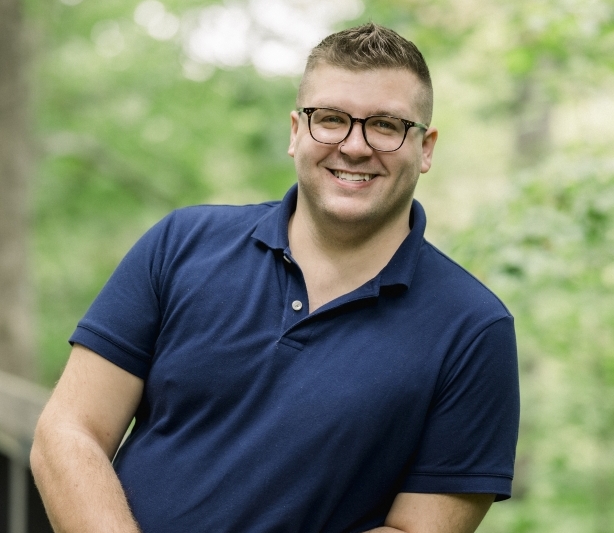 “Breathe! You are going to get so much information and so many different opinions, but what matters is what you think is best for you! Try things out, if they don’t work, you learned something, now try again.”

Q. What is your official job title?

Q. How long have you worked at W&L?

Sept. 15, 2022 will be two years! Though, one of those years was almost entirely remote.

Q. What do you like most about working at W&L?

The location and the people! I am a sucker for mountains (even though I am not outdoorsy; I like to watch them get covered in snow while I am inside, under a blanket, next to a fire, listening to some light jazz, and reading a book). And the people — the fact that I can walk onto campus and feel comfortable talking to most people is such a nice feeling! It’s very similar to my alma mater and that makes it feel like home.

Q. Where did you grow up?

I really love this question, because I have a split answer, and not because I moved cities or anything! I spent the first 18 years of my life in Kernersville, N.C. (basically look in the middle of Winston-Salem, High Point, and Greensboro, the Triad), but I think I developed A LOT during my college years in Boone, N.C. College was a time of a lot of growth for me, so I can’t really count it out of the equation. It’s where I learned so much about myself and about who I want to be!

Q. What advice do you have for students (or parents)?

Breathe! You are going to get so much information and so many different opinions, but what matters is what you think is best for you! Try things out, if they don’t work, you learned something, now try again.

Q. What is the most adventurous thing that you have ever done?

Taking this job in the middle of a pandemic having never set foot on campus? Honestly, I am not a SUPER adventurous person, but moving to a new city, sight unseen (my parents were the ones who looked at apartments for me because they were WAY closer), to work at an institution I hadn’t visited, with students I hadn’t met in person, and wouldn’t meet in person for months? Talk about terrifying!

Q. What’s your favorite thing to do when you’re not working?

It depends on the day. I have ADHD, so I often just follow the dopamine (to quote a student — shout out Augusta!), but some common ones are reading, crocheting or baking!

Q. If you could live anywhere, where would you build your dream home?

Somewhere it snowed often, had a city to go to when I wanted, and gorgeous mountain vistas to enjoy.

Q. What book are you reading now?

So, you know that ADHD thing? Yeah, that means I often pick up a book, make some sort of progress, but don’t finish, and then start another one. There was a time in elementary and middle school that I would read four or five books at a time — everyone thought I was insane. But my current project is “Mistborn: The Well of Ascension” by Brandon Sanderson.

OOH! This one is tough! I have movies for different moods, though I guess I will cheat and say “Star Wars,” because that has SO MUCH WITH IT.

Q. If you could have coffee with one person (living or deceased), who would it be and why?

I’m going to be very basic and say Henry Cavil (yes, the Superman, Sherlock Holmes, Witcher guy). First, have you SEEN the man, or heard his voice? I could rest my case there. However, I think his acting is just awesome — just what I listed alone is a wide range! And he happens to be a major nerd. (Fun fact in case you didn’t know: he missed the call from Zack Snyder telling him he was going to be the new Superman because he was playing World of Warcraft and ignored his phone for hours.) I think we would get along great!

Q. What is your desert island food?

Anyone who knows me will know this answer — OREOS! Original, not Double Stuf, not Thins, not flavored. Ideally the Halloween or Christmas ones. (Yes, I know those are just Double Stufs with food coloring, but THEY TASTE DIFFERENT!)

Q. Tell us something most people don’t know about you?

I’m kind of an open book, so there isn’t much about me that people don’t know! I am actually quite introverted. I can go days without interacting with another living thing and be perfectly content. I am very talkative and energetic with people I know well, so this surprises a lot of folks.

Q. What is your secret talent?

I remember quotes (often from movies/TV shows) very well, and not just the lines that EVERYONE associates with a certain movie (like when you hear “I’ll be back,” you of course think “Terminator”), but random ones. For example, someone texted me “Is that a challenge?” once and my brain immediately replied “Temper, temper. I wouldn’t dream of challenging you.” (Scar, from “The Lion King.”)

Come by and see me! I love to chat and get to know people — and it’s an excuse to get coffee! 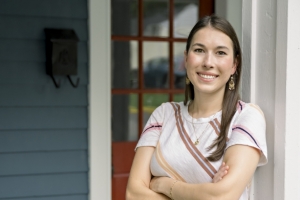 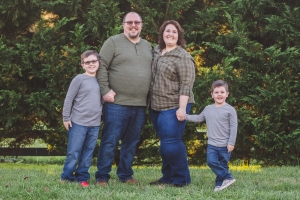 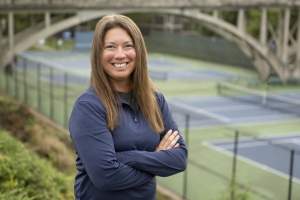