Meet Zoe Speas ’25L, From Shakespeare to Statutes Before law school, Zoe Speas worked as a Shakespearean actor and musician across the country, eventually joining the American Shakespeare Center. 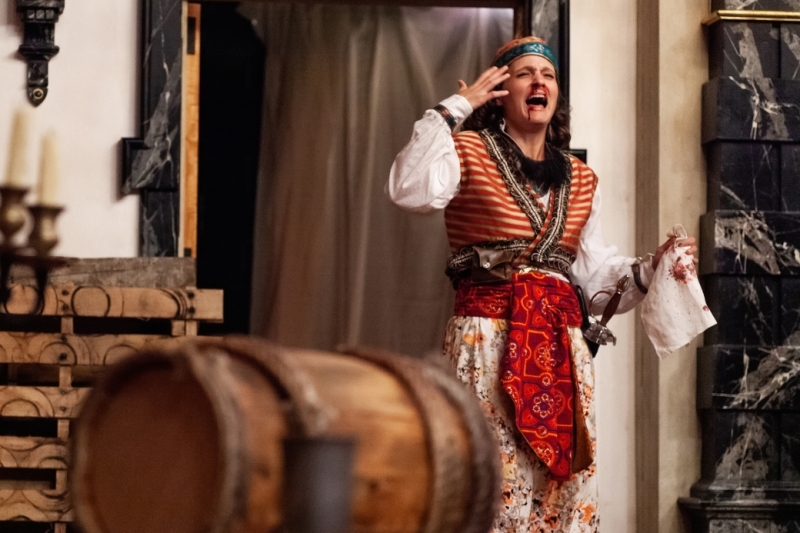 Zoe Speas ’25L, hails from Cumberland, VA. She graduated from the College of William and Mary in 2012 before moving to New York City to embark on a career in the theater. She worked as a Shakespearean actor and musician across the country, eventually joining the American Shakespeare Center in Staunton, VA. Staunton served as Zoe’s home base as an artist and resident for six years before she decided to pivot careers and become a lawyer. She enjoys lap swimming, New York Times crossword puzzles, and the never-ending antics of her corgi-at-law, Bertie Woofster.

Provide some highlights from your previous acting career.

I liked to think of myself as a Shakespearean scholar who preferred a stage to a classroom. Performance was a laboratory in which I and my ensemble-mates could interrogate classical text and use the audience and one another to test our ideas about language and stagecraft. The highlights of my previous work always involved tearing apart Shakespeare’s plays line-by-line, arguing (heatedly) with fellow actors about scansion and rhetoric, and engaging with audience members after performances – particularly young folks seeing their first play.

What was your favorite performance and why?

I got to play some killer roles, but the one that stands out as a personal favorite was Roderigo in Othello. I love Shakespeare’s fools, and I love that fool especially because he’s a fool and a villain, and Shakespeare implicates you in the tragedy of it all by making you feel for the poor idiot while he does it. Plus, I had an awesome death scene.

I love language and I love character. I wanted to do something that required me to bang my head repeatedly against words, words, words, but also something that rated empathy and respect for others above all else. I had a feeling switching from Shakespeare to statutes and common law wouldn’t feel like such a drastic pivot. I was right. They all make you want to simultaneously pull your hair out and drop to your knees in awe.

Oh, it has always been W&L Law for me. Last fall, I registered for the LSAT and as soon as I emerged out of the requisite panic attack that followed, I scheduled a visit to W&L Law. It took approximately 20 minutes of sitting in on an Immigration Law class to sell me heart and soul on this place. I cannot believe I’m fortunate enough to be a member of this cohort.

Every day I identify some new way in which my time in theater has prepared me for law school. I think the one family and friends jump to most is that I’m comfortable speaking and performing in public (of course, it’s a touch different when you do not have your lines written neatly for you in iambic pentameter to memorize ahead of time). But I would point to one element of my experience as a Shakespearean actor as what I rely on the most as a law student: you can’t be afraid to fail.

I hate being wrong. I mean, it’s the worst. Ugh, that roiling feeling in your gut when you are either grasping for an answer that won’t come, or worse, triumphantly spewing one out only to find you are so far in the weeds you don’t even see the grass anymore? As an actor, the greatest moments of growth during rehearsal and performance come from when you fall totally flat on your face. The falling on your face part stinks, sure, but it’s just a flesh wound. You’ll get over it. The risk you took is what matters. And you know that particular shot in the dark didn’t hit so you won’t do it again. You’ll try something new, same risk of face-planting, but you know what face-planting feels like already so it’s not as scary anymore. Eventually, you’ll throw paint at the wall and see something resembling truth versus chaotic splatter (which has its place – Jackson Pollock proved that) and voila! There’s your payoff. Being an actor didn’t render me immune to the gut-roil and the endless playback of shame following a moment of exquisite failure. I don’t have a tougher skin or a higher pain tolerance for it. I just know to keep throwing paint at the wall. And I try – in the midst of the soul-crushing slow-motion replay – to be grateful for the opportunity to embrace humility in the face of something incomprehensibly bigger than myself. It’s not supposed to be easy—it wouldn’t be worth if it was. But, oh, how I love showing up to class ready and grateful to fail. Feels like a pretty worthy mantle to put on your shoulders, taking up the legacy of all those failures made and failures to come in an effort to create a better standard by which to live and treat others. Wouldn’t it be silly to expect not to contribute some epic failures of your own? I, for one, am happy(ish) to oblige.

Zoe Speas _A King and No King_ 2020 by Lindsey Walters 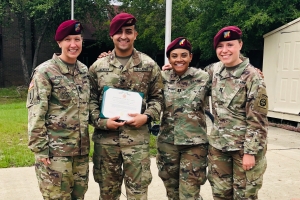 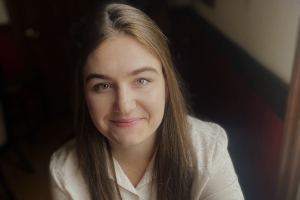 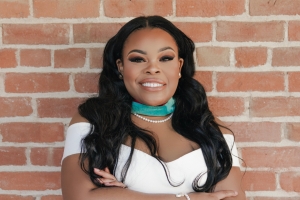