Melissa Murray to Give Talk During Order of Coif Distinguished Visit Murray’s talk is based on her recent article published in the Harvard Law Review, “Race-ing Roe: Reproductive Justice, Racial Justice, and the Battle for Roe v. Wade.” 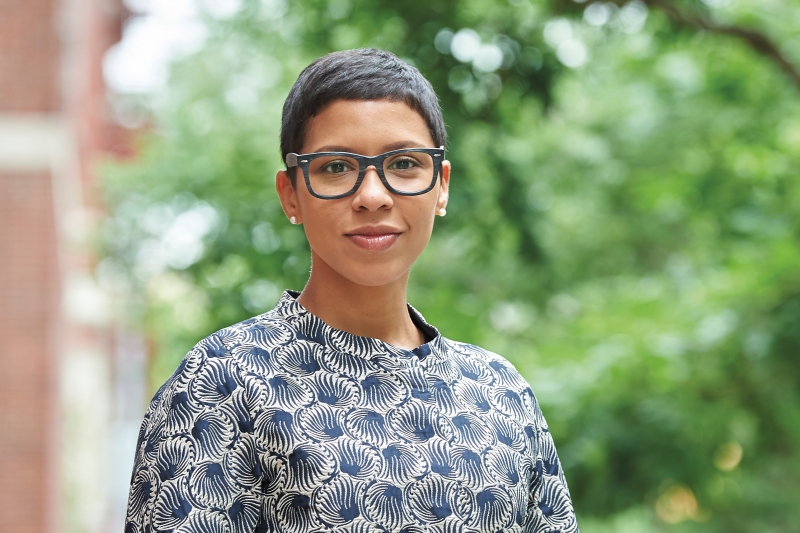 Melissa Murray, Frederick I. and Grace Stokes Professor of Law at NYU School of Law and 2022 Order of the Coif Distinguished Visitor, will deliver a public lecture at W&L Law in March. Murray’s talk is based on her recent article published in the Harvard Law Review, “Race-ing Roe: Reproductive Justice, Racial Justice, and the Battle for Roe v. Wade.”

The lecture is scheduled for Wednesday, March 16 beginning at 2:30 p.m. in the Millhiser Moot Court Room, Sydney Lewis Hall. The event is free and open to the public.

The Order of the Coif is an honorary scholastic society that encourages excellence in legal education by recognizing those who as law students attained a high grade of scholarship, and honoring those who as lawyers, judges and teachers attained high distinction for their scholarly or professional accomplishments. Each year, the society selects a distinguished judge, academic, or practitioner as their Distinguished Visitor. Law schools apply to be one of four institutions to host the Distinguished Visitor, who spends time at each school participating in classroom lectures and seminars, meeting informally with faculty and student groups, and giving one address open to the entire academic community.

“We are honored to have been selected to host the Coif visitor this year,” said Dean Michelle Drumbl. “We look forward to engaging with her on such a timely topic involving the Supreme Court and its jurisprudence.”

At NYU, Murray teaches constitutional law, family law, criminal law, and reproductive rights and justice. Murray’s writing has appeared in a range of legal and lay publications, including the Harvard Law Review, the Yale Law Journal, the New York Times, The Atlantic, and The Nation. She is a legal analyst for MSNBC, and is a co-host of Strict Scrutiny, a podcast about the Supreme Court and legal culture.

Prior to joining the NYU Law faculty, Murray was the Alexander F. and May T. Morrison Professor of Law at the University of California, Berkeley, where she received the law school’s Rutter Award for Teaching Distinction, and, from March 2016 to June 2017, served as Interim Dean.  Murray is an honors graduate of the University of Virginia, where she was a Jefferson Scholar and an Echols Scholar, and Yale Law School, where she was notes development editor of the Yale Law Journal.

Following law school, Murray clerked for Sonia Sotomayor, then a judge of the U.S. Court of Appeals for the Second Circuit, and Stefan Underhill of the U.S. District Court for the District of Connecticut. She is a member of the American Law Institute and serves on the board of directors of the National Women’s Law Center, the Brennan Center for Justice, and the American Constitution Society.