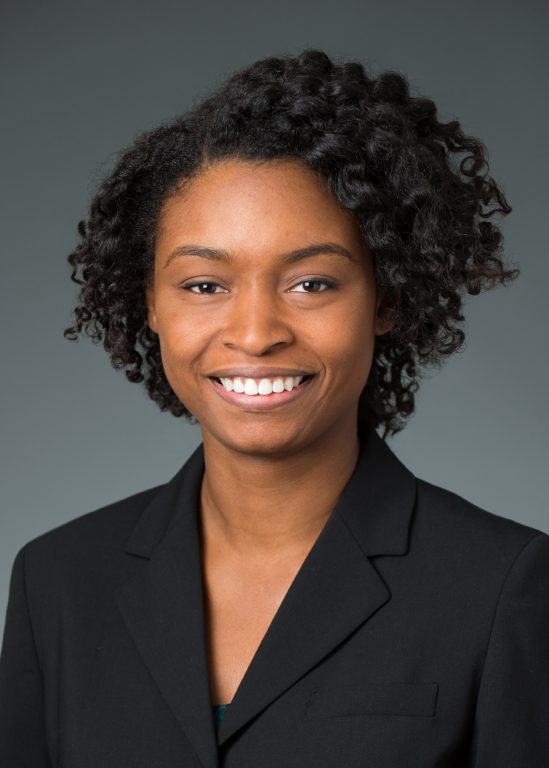 In honor of Martin Luther King Day, W&L Law will welcome attorney Natasha Merle, who is slated to give a talk in the Millhiser Moot Court Room, Sydney Lewis Hall at 2 p.m. on Jan. 20, 2020. The event is free an open to the public.

Note: A link to Merle’s talk is now available online.

Merle is senior attorney for the NAACP Legal Defense and Educational Fund, Inc. She is lead counsel in Christian Ministerial Alliance et al. v. State of Arkansas et al., an ongoing lawsuit challenging the electoral method for the Arkansas appellate courts pursuant to Section 2 of the Voting Rights Act of 1965. She was also lead counsel in LDF et al. v. Trump et al., a lawsuit brought pursuant to the Constitution and Federal Advisory Committee Act that challenged President Trump’s creation of the racially discriminatory “Presidential Advisory Commission on Election Integrity.” Merle is a member of the litigation team in Greater Birmingham Ministries v. Merrill, a challenge to Alabama’s discriminatory voter photo ID law.

Merle also represents capitally charged individuals. This includes being a member of the Buck v. Davis team, which successfully represented Mr. Duane Buck in the United States Supreme Court. She co-authored the briefs that resulted in the reversal of Mr. Buck’s death sentence. The Court found that Mr. Buck’s death sentence was poisoned by the “toxin” of unconstitutional racial bias, which had been introduced at his capital sentencing hearing. Merle is also an adjunct professor at New York University School of Law where she teaches the Racial Equities Strategies Clinic.

Prior to joining LDF, Merle clerked for the Honorable John Gleeson of the U.S. District Court for the Eastern District of New York and the Honorable Robert L. Carter of the U.S. District Court for the Southern District of New York. Merle has also worked as an Assistant Federal Public Defender in the Capital Habeas Unit of the Federal Public Defender for the District of Arizona, where she represented death-sentenced individuals in their federal habeas proceedings and before the Arizona Clemency Board. Merle was also an Equal Justice Works Fellow/Staff Attorney at the Gulf Region Advocacy Center, where she represented individuals who were facing re-sentencing on capital murder convictions.

Merle’s talk is part of Washington and Lee’s five-day celebration of MLK’s life and legacy, which kicks off on Friday, Jan. 17. See the full slate of events at: https://my.wlu.edu/office-of-inclusion-and-engagement/programs-and-events/martin-luther-king-jr-birthday-celebration