What is property, and why do we need it?

“Think of a wedding ring, a home, a bank account, or a car,” says Washington and Lee law professor Joshua Fairfield. “Property is an individual demand on resources that society is prepared to recognize. Property allows us to build an identity, secure our independence, build wealth, and above all, go where we need to go and do what we need to do.”

But in the digital age, Fairfield argues that traditional notions of property and ownership are vanishing. We nominally own smartphones, but all the content and services on them are controlled by someone else. Treasured photos, stored in the “cloud”, can disappear forever without consent. Digital downloads of songs and e-books can be rescinded on a whim. And with internet connectivity expanding into televisions, cars and entire homes, this is just the beginning. 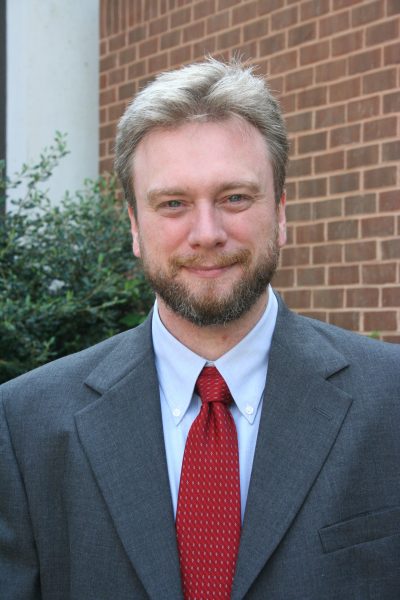 Fairfield examines this crisis in ownership in his new book, now available from Cambridge University Press. Titled “Owned: Property, Privacy and the New Digital Serfdom,” the book delves into how and why traditional property ownership is fading online: we no longer control our smartphones or software-enable devices, which are effectively owned by software and content companies.

Fairfield likens this relationship, as the book title suggests, to the property model of feudal Europe, when ownership of land was centralized under lords and serfs lacked rights in the land they worked.

“We are building the internet not on the free model of property but on the feudal model,” says Fairfield. “And that is not acceptable in a democracy. Without digital property rights, we aren’t owners, we’re owned.”

There are already eyebrow-raising examples of these digital hooks being used by companies and the government to exert control over individuals through personal property. In one case, a woman who was late with her car payments had her internet-enabled vehicle digitally repossessed—shut down while she was driving 60 miles per hour down the highway. In another case, the data from a man’s pace maker, which was monitored via the internet to insure his health, was used by prosecutors to indict him on arson charges because the data revealed his heart rate remained normal during a fire in his home.

Whether the property owners in these cases are right or wrong is beside the point, says Fairfield. The problem is that we have no digital property rights, no record of ownership and often no mechanism to prevent a company from gathering and using data about us.

Ultimately, Fairfield seeks to advance a new model for digital property that aligns this evolution of ownership with the free property model upon which the nation was built and has thrived. It involves establishing a set of rights that apply to internet devices:

Fairfield has spent his entire academic career researching the cutting edge of technology from a legal perspective, examining property ownership and contracts in virtual worlds, big data privacy, bitcoin and other cryptocurrencies, and the use of digital information to establish guilt or innocence in a criminal context. If there is one thing he is certain about, it is that the law is ideally suited to deal with advances in technology, no matter how rapid the change or how fundamental the impact on our lives.

“Throughout our history, the law has helped us deal with new questions, many times sprung from new technology, be it railroad transportations systems or skin grafting,” says Fairfield. “Law is the system for adapting human culture and response to technological change. Updating property law for digital ownership is a key step in that process of adaptation.”