NHTSA Director Shares Experience as a Scientist in Public Service 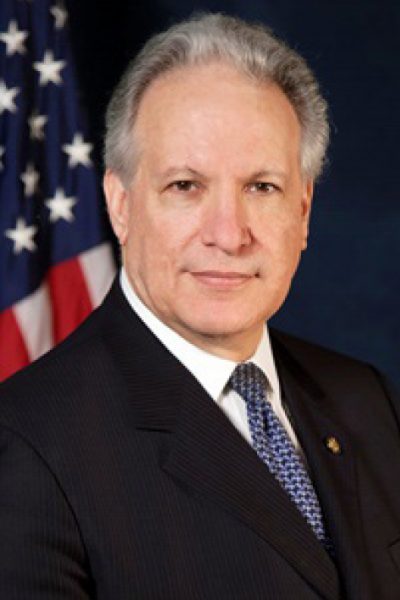 Mark Rosekind, director of the National Highway Traffic Safety Administration (NHTSA), will give a lecture at Washington and Lee University on Nov. 11 at 2:30 p.m. in Science Addition, Room 114.

In the talk, titled “What’s Next? A Scientist’s Journey to Public Service” Rosekind will explore how his scientific training and skills have been critical to his public service efforts in transportation safety. He will elaborate on the importance of applying lessons learned to determining what’s next.

“The last five years have seen tremendous growth in the government’s use of Behavioral Science to serve the American people – from creating clearer ballots to improving driving behavior to making government web sites more understandable,” said Tyler Lorig, Ruth Parmly Professor of Psychology at Washington and Lee. “Dr. Rosekind has been an integral part of that process. His successes are paving the way to better highway safety and changing the perception of Behavioral Science.”

Rosekind is a safety professional dedicated to enhancing transportation safety for the traveling public. In his role as administrator, he is pursuing NHTSA’s core safety mission of saving lives, preventing injuries and reducing crashes through all of the tools available to the agency, including public awareness campaigns, technical innovation, research into human behavior and enforcement authority.

He is the 15th administrator of the NHTSA, nominated by President Barack Obama and confirmed by the Senate in 2014.

Before becoming NHTSA Administrator, Rosekind was the 40th member of the National Transportation Safety Board (NTSB) from 2010 to 2014. He was the on-scene board member for seven major transportation accidents and participated in nearly 50 accident board meetings, along with numerous NTSB public events on diverse safety topics. He advanced the agency’s advocacy goals on substance-impaired driving, fatigue, fire safety and rail mass transit.

Rosekind is an internationally recognized expert on human fatigue, credited with leading the field in innovative research and implementing programs in all modes of transportation. His work has been widely published, and his awards include NASA’s Exceptional Service Medal and six other NASA team awards; the Mark O. Hatfield Award for Public Policy from the American Academy of Sleep Medicine; two Flight Safety Foundation honors: the President’s Citation for Outstanding Safety Leadership and the Business Aviation Meritorious Service Award; and Fellow of the World Economic Forum in Davos, Switzerland.

Prior to his appointment to the NTSB, Rosekind founded Alertness Solutions, a scientific consulting firm that specialized in fatigue management and served as the company’s first president and chief scientist.

He previously directed the Fatigue Countermeasures Program at NASA’s Ames Research Center and was chief of the Aviation Operations Branch in the Flight Management and Human Factors Division. He launched his professional career as the director of the Center for Human Sleep Research at the Stanford University Sleep Disorders and Research Center.

The talk is sponsored by the Washington and Lee Psychology Department and is free and open to the public.