Nurturing the NASDAQ Linda Roberts '71 helped the NASDAQ become a household name during a four-decade career in finance and accounting. 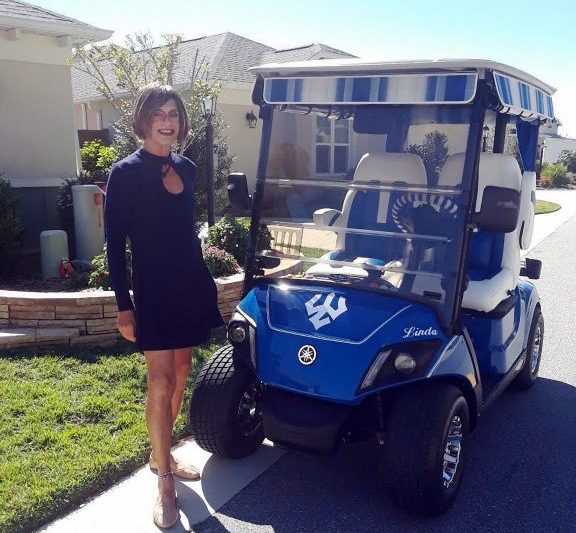 When Linda Roberts ’71 (formerly James Allen) stepped off the bus in Lexington as a freshman, she had a suitcase, an academic scholarship and no idea where to find W&L.

“I’d never visited the campus,” she said. “So I arrive in Lexington, and I don’t know anybody at all. I don’t know where my dorm is. I’ve never been to the school. It was quite a crazy experience.”

She found her room at the Dutch Inn and began a journey that took her from the football field and the fraternity house to a 40-year career in finance and accounting and an award for transgender advocacy. Roberts, who began living as a woman after her children finished college, worked as treasurer of the National Association of Securities Dealers (NASD) in the 1990s, helping grow the NASDAQ market, a wholly owned subsidiary of the NASD, into a household name and facilitating its sale to first private and then public investors for over $2 billion.

CAMPUS LIFE
Born into a working-class family in Washington, D.C., Roberts was the first of her siblings to attend college. Drawn to W&L by the Honor System and the journalism school, she played football and lacrosse, joined Phi Kappa Psi and majored in accounting after her high school sweetheart’s father reacted skeptically to her plan to become a sportswriter. She credits a number of campus mentors with influencing her — from business professors L.K. Johnson and Jay Cook to film professor O.W. Riegel — but remembers football coach Boyd Williams especially.

“He came from Philadelphia, and I think he played a couple years in the NFL. He was a tough guy. And he said to me one time, ‘I’m gonna make you a good football player.’ That was really inspiring, you know.”

Football was a centerpiece of Roberts’ W&L experience. She remembers the team “absolutely destroying” rival Sewanee after a fiery speech from Williams, playing a charity game in Busch Stadium and half the players throwing up when their flight home from Tennessee hit thunderstorms.

THE BIRTH OF NASDAQ
Roberts graduated Phi Beta Kappa and returned to D.C., where she married her high school sweetheart and joined Price Waterhouse. She worked her way up through the firm’s audit division until the birth of the couple’s third child, in 1983.

“Public accounting is a very demanding profession. They expected you to work, during busy season, up to 80 hours a week.” A better auditor than salesperson, Roberts knew her chances of making partner were slim. “And with the growing family, I said, ‘No, it’s time to get out of here and have a more normal life.’”

That decision led her to the NASD, where she pushed to combine its accounting department with NASDAQ’s, then ran the combined department for 12 years as controller and then treasurer. Before retiring in 2011, Roberts also played a key leadership role in the historic integration of the New York Stock Exchange’s regulatory organization into that of NASD’s, forming what is now the Financial Industry Regulatory Authority (FINRA). During her long executive-level tenure, she also served as liaison to the finance, investment and management compensation committees.

“When I became controller there, it didn’t have a lot of recognition. It was still like, ‘Oh, it’s a penny stock market, you know, and you can’t trust it.’” Working with NASDAQ’s marketing director, Roberts helped NASDAQ start competing with the New York Stock Exchange. The marketing director told her their biggest problem was “we’re this invisible electronic market. They’ve got this floor everybody comes and visits, and they think, ‘Wow, this is really cool.’ And we’ve got some computers running in Trumbull, Connecticut, that nobody sees.”

To solve that problem, the marketing director hatched a plan to build the NASDAQ Market Site on Times Square in New York City. Roberts went to bat for it before the NASD’s board.

“We went over budget, and I got some pushback, but this was the greatest thing that we ever did. That Market Site is worth millions now. People see it, we get news coverage, and people say, ‘Oh, the NASDAQ market, I know that.’”

In her retirement, Roberts volunteers extensively. She has spent five years on the board and as treasurer of DignityUSA, a national organization advocating for LGBTQ+ Catholics. She also makes regular service trips with Global Volunteers, tackling community-building projects in impoverished areas around the U.S. and the world. She lives in an active adult community in Florida, playing multiple sports including softball, golf and pickleball, dancing and riding her bicycle, and enjoying swimming pools, social clubs and family visits.

Roberts — who built a career based on trust — credits W&L’s standards of honor and integrity as the foundation for her success. “There was a time when someone wanted my position. He was inching closer to possibly usurping me. And then they found that he had submitted fraudulent expense reports, and he was gone. His whole career wasted, cheating on an expense report for pennies.”

For Roberts, holding to the Honor System, that was never even a possibility.

HONORED
Roberts received the Capital Pride Alliance’s 2018 Engendered Spirit Award for her contributions to the transgender community. “I felt so humbled. Having been born in Washington, D.C., I was being honored in my hometown.”

ACCEPTED
When Roberts returned to campus for her 45th reunion, her first time back as a woman, she was welcomed by her classmates with a round of applause at their first dinner. “Buddy LeTourneau ’71 [alumni coordinator for his class] said, ‘I want to introduce everybody to Linda Roberts, who you all knew previously as James Allen.’ He looked to me and everybody started clapping. And I knew then that I was accepted. And that was just wonderful.”