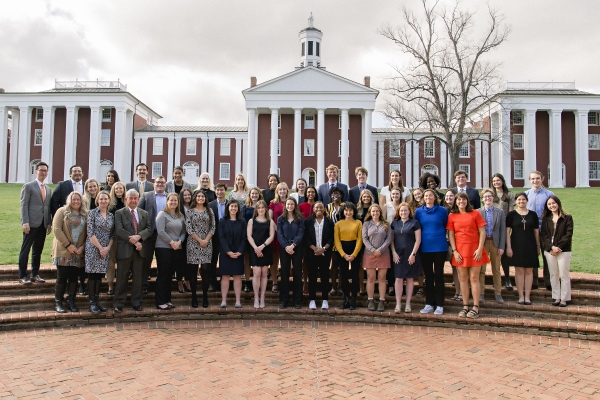 New ODK members get together for a photo before their induction in University Chapel.

The honorary initiates are:

Christine Kerr Clancy
Clancy is an associate professor of physical education and just completed her 10th season at the helm of the women’s basketball program. She was named 2022 ODAC Women’s Basketball Coach of the Year and currently stands as the winningest coach in program history. Clancy has been a proactive faculty member and has served as a lead facilitator for the first-year orientation Bystander Intervention, Diversity and Community Engagement programming and first-year reading discussions. Clancy is currently serving on W&L’s Student Affairs Committee and is a founding member of the W&L Athletics Diversity, Equity and Inclusion Committee. She holds a bachelor’s degree in economics from Brandeis University and a master’s degree in exercise and sports studies from Smith College.

William Hamilton III
Hamilton is a biology professor and has been the Biology Department head for the last seven years. He has served as chair of the University Sustainability Committee and chair of the Student Judicial Conduct Review Committee. As a member of the university’s COVID-19 Committee, he has been in charge of wastewater COVID monitoring. Hamilton is a core faculty member in environmental studies, teaching environmental science. His research in Yellowstone National Park contributes to bison management decisions made by the National Park Service as part of a long-term funded research project.

James T. Kvach
Kvach retired as chief scientist of the Defense Intelligence Agency’s (DIA) Armed Forces Medical Intelligence Center (AFMIC) in March 2006 after 14 years in the position, which involved medical intelligence assessments and forecasts on foreign civilian and military health care systems, infectious disease occurrence, environmental health risks, life science technologies and homeland defense/homeland security. In 2006, he created Kvach Consulting LLC, which provides scientific and technical advice and assessments. Kvach served as a scientific and technical consultant for the U.S. intelligence community regarding biological warfare and bioterrorism from 2007-2015. He joined the venture capital firm GeneCapture in 2016 as a scientific consultant. He graduated from Ohio State University with a Bachelor of Science in microbiology in 1968 and earned a Master of Science in microbiology from Miami University in 1973. He received a Ph.D. in microbiology from Miami University in 1977 and completed a post-doctoral fellowship at Johns Hopkins University. Before coming to DIA in 1985, Kvach spent eight years in academia as a faculty member at Johns Hopkins University’s School of Hygiene and Public Health and George Washington University’s School of Medicine and Health Sciences, where he taught microbiology and conducted laboratory and field research on leprosy internationally. Prior to his assignment at AFMIC, Kvach headed the Life Sciences Branch (1988-1992) at DIA’s headquarters in Washington, D.C., and served as a senior scientific and technical analyst (1985-1988). He retired from the United States Air Force Reserves in July 1996 after 28 years of active and reserve duty as an air intelligence officer. He and his wife Kathy moved to Lexington in 2006. Since arriving in Lexington, he has served on the board of directors for Habitat for Humanity (six years), Rockbridge Area Relief Association (seven years) and Boxerwood Educational Foundation (10 years), as well as serving on St. Patrick Catholic Church’s Parish Parochial Council (15 years). Over the last 15 years, he has grown and provided many tons of fresh fruit and vegetables to the Rockbridge-area food pantry.

Brooke Diamond O’Brien
O’Brien is the head women’s lacrosse coach and associate professor of physical education/senior woman administrator at W&L. Her lacrosse teams have amassed a 202-57 record (.780), 12 ODAC Championships, 12 NCAA appearances and one NCAA Final Four berth over the past 14 seasons. She has been named ODAC Coach of the Year eight times and IWLCA Regional Coach of the Year twice. O’Brien was a co-founder and lead facilitator of the Generals Leadership Academy from 2013 to 2021. She recently served two consecutive terms on W&L’s Student Affairs Committee from 2015 to 2021. O’Brien worked on the NCAA Women’s Lacrosse Committee from 2011 to 2015 and was elected as chair in 2015. She continues to volunteer in a variety of roles with the Intercollegiate Women’s Lacrosse Association (IWLCA).

Twenty-eight undergraduate students from the Class of 2022 and 2023 were also tapped into ODK.

Eighteen law school students from the Class of 2022 and 2023 were also tapped into ODK.

Rupert Latture Award
ODK also awarded the Rupert Latture Award, which recognizes a sophomore who has demonstrated outstanding leadership potential, to Emma Poole ’25. Poole is majoring in American politics and double minoring in religion and Law, Justice, and Society. She is part of the Johnson Program for Leadership and Integrity, and works as a university ambassador in the Admissions Office. She serves as the Leadership Education and Development (LEAD) program service chair, a LEAD pre-orientation trip leader, and a Leadership Excellence Awards Committee member. She is also involved with the Mudd Center for Ethics, Reformed University Fellowship Servant Team, as the First-Year Orientation Committee co-chair of tour-based events, and as the Chi Omega Executive Board Panhellenic delegate. Her favorite activity outside of W&L is working with the Hugh O’Brian Youth Leadership Foundation to plan and run seminars that invest in young students, teaching them values of volunteerism, integrity, excellence, diversity and community partnerships. She is working on getting more involved with ESOL and developing her Spanish-speaking ability. Following graduation, she plans to attend law school and work in immigration law to address systemic immigration issues and advocate for under-resourced populations.

James G. Leyburn Award
The James G. Leyburn Award is given to a campus or local organization that demonstrates outstanding community service. This year, the award was presented to The Harry Lee & Eliza Bannister Walker Program. The Walker Program was founded in the summer of 2020 to reinvigorate the once vibrant community of Black-owned businesses in the Rockbridge County area. The program recruits and provides free hands-on business training, cash grants, in-kind services and ongoing support to committed individuals who want to start or grow Black-owned businesses in Buena Vista, Lexington and Rockbridge County. The program has trained three cohorts of aspiring entrepreneurs and funded seven new businesses. A federal Small Business Administration grant in 2022 is allowing the program to expand its efforts and establish a physical space in downtown Lexington to serve as the program hub, training facility and new business showroom.

Omicron Delta Kappa was founded in 1914 at W&L by 15 student and faculty leaders. The founders formulated the idea that leadership of exceptional quality and versatility in college should be recognized, that representatives in all phases of college life should cooperate in worthwhile endeavors, and that outstanding students, faculty and administrators should meet on the basis of mutual interest, understanding and helpfulness. OΔK® was the first college honor society of a national scope to honor meritorious leadership and service in extracurricular activities and encourage the development of general campus citizenship. 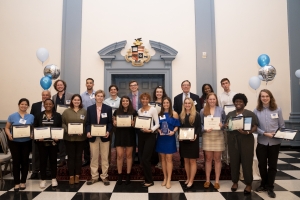 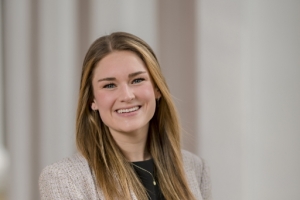